Before Breitbart, Christian News was "The New Media"

They do not deserve the final praise for accomplishing this upending of the liberal Big Three media monopoly.

Before conservatives were scaling the walls of the liberal press, Christian programming like the Christian Broadcasting Network and Hal Lindsey's Report talked about the disturbing undercurrents of globalist corporate interests, plus the searing yet subtle attacks on religious liberty. 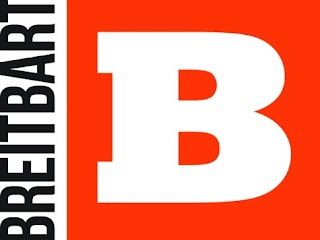 The problem? No one was listening at the time.

Pat Robertson's Christian Broadcasting Network was educating the Christian public about the destructive, Satan spirit of lawlessness pervasive in the world. Preachers like him were also denouncing the intolerant political correctness of the left.

News which does not try to preach has found a more ready audience?

I submit that American citizens have finally woken up to the demonic nature of the Obama Administration. What the pastors and church leaders were warning about, has finally fallen on the public.

It's too bad that did not submit their understanding and take an active charge in fighting these scourges while they had begun to flay out at our rights, our foundations, the fundamentals of our Judeo-Christian culture.

Before the conservative "New Media" take all the credit for exposing the lies, hypocrisy, and distorted left-wing agenda of the New York-Los Angeles Media Phalanx, they should tip their has to the men and women of God who reported on the anti-Christian undercurrents of our secularized culture, and who exhorted their audience to do anything they could to alert and awaken their fellow man.

Now, why did Christian networks possess the wisdom and courage to report the stories which most networks avoiding, and to confront the issues which turned off major media networks?

Christians have received the gift of righteousness, and keep receiving it (Romans 5:17)

They have submitted themselves to the greatest King, the one political force who answers all charges and protects his subjects, men and women who He has made fellow-citizens and heirs with His Son.

The righteous are as bold as a lion (Proverbs 28:1). Because of this righteousness, they both know and believe that no weapon formed against them will ever prosper (Isaiah 54:14-17).

Because we the Body of Christ have yielded to the Highest (and Most Gracious) authority, we have no fear of man. We have the mindset to challenge the world's views and values. There is one Narrative which stands above all others: "In the Beginning, God Created", and then "In the Beginning Was the Word ..."

The apostles told the local authorities took joy in knowing that they suffered for Jesus's sake, and refused to stop preaching the Gospe.

The pastors of Great Britain taught the Englishman that Christ not man is King.

And the doctors of the church, throughout the Thirteen Colonies, affirmed for the American people of their godly heritage and the divine origin of their rights.

In the Stanley Milgran social science experiments, Christians, men and women of faith, could look at their trainer and tell them "I will not continue to shock this subject."

Preachers, pastors, teachers of the Word, every member of the Body of Christ are not afraid of man or his government.

We are free to challenge what we have learned, and to grow in grace. Jesus Himself told those who doubted him: "Believe me that I am in the Father, and the Father in me: or else believe me for the very works' sake." (John 14:11)

Before there was "The New Media", there was Christ Jesus, His disciples, the Body of Christ, and the great media who harnessed modern means to promote news with a Christian vision!

Posted by Arthur Christopher Schaper at 12:11 AM