Al Muratsuchi doesn't want to work in the private sector. He doesn't like the idea of not being an elected official.

He wants to be a politician again, and he resents the idea that a Republican without major party backing threw him out.

Or did he just give a credible interview, exposing how useless and inept Muratsuchi really is?

Nothing but Trump. I heard nothing but this Presidential front-runner. That's all that Al can talk about ...

Why do we want him back him in office?


Listen to the above interview, and you will find a candidate who never should have been elected in the first place.

He has no morals, no morale, and no mission for running for office other than doing what the Democratic Party bosses tell him to do.

I hear nothing about his promises to uphold and defend the United State and California Constitutions.

What exactly does he intend to do once in office?

Just do what he is told. Continue to spend money that the state does not have? Vote for legislation which chips away our liberties?

"Oil" Muratuschi does whatever Big Business tells him to do.

Al "Union Whore" Muratsuchi does whatever Big Labor tells him to do,

We need people in Sacramento who will do what the people tell them to do! 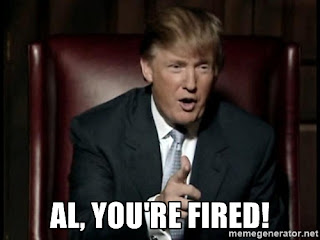