She is a hack, she is defined by hacks, and she is hacking away her chances at the Presidency.

Let’s start with who she is.

She is a political fraud out to make nice on the surfaces of TV screens, black and white printed headlines, and now on Twitter. But no one likes her. She is as corrupt and self-seeking as they come, and cannot hide it.

What is a hack, anyway? 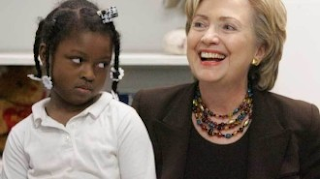 From Wikipedia (if that source hasn’t been bought up by Big Media—yet):

A political hack is a negative term ascribed to a person who is part of the political party apparatus, but whose intentions are more aligned with victory than personal conviction.

This definition is perfect for Lying, Corrupt, Crooked Hillary, and the DNC that buoyed her like a dying body on a dodgy raft in a raging, foaming sea.

Of course. There is nothing positive about the Over-The-Hillary Clinton campaign. She has to attack Donald Trump as a racist, misogynist, sexist, homophobic bigot with alt-right intentions running up and down his spine.

Except that he is none of the above.

At least Donald Trump has a spine, and he can stand on his two feet without tripping, skipping, trembling, or taking on a seizure. Last time I checked, he can swallow, drink, eat, and campaign the night away, but all of that is another matter.

“Who is part of the political apparatus …”

Political machinery details Hillary Clinton’s moral chicanery perfectly. She has been plotting for decades to reach this moment. Just put her in the lead-singing role of Panic! at the Disco’s “Emperor’s New Clothes”, and you have Hillary Rotten-to-the-Core Clinton. This woman’s demonic ambition is killing her own body.

“Whose intentions are more aligned with victory than personal conviction.”

Clinton has no conviction, just all dressed up naked ambition. Two more words that start with “C”, and she does not know what they mean. 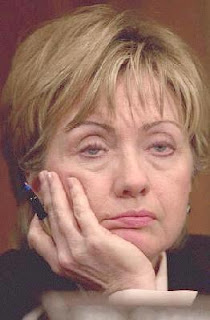 What is else is hacking Hillary?

Wikileaks, definitely. They hacked the lying eyes, fingers, mouths, and actions of the Democratic National Committee and their Chairwoman, now retired (or resigned or removed?) Debbie Wasserman-Schultz.

They colluded from Day One to ensure the coronation of Clinton, the will of the people and the party faithful be damned. Popular sentiment is nothing in the face of globalist, elitist fiat, and Hillary Clinton their hacking hack will make them all very happy.

Unless, of course, everyone wakes up and realizes that their democratic power within the blessed Republican has been hacked to pieces. Can the American People put their country back together one decision, one election, one protest at a time? Time is telling, and telling is the time that is passing before us.

Email hacks also cost the life of diplomats and secret agents. Hillary Clinton is careless with phones, with computers, with classified records. She broke federal law numerous times, and yet the FBI cannot commit to charging and then convicting her of a crime? Lesser—that is, people whose last names are not Clinton—have served more time for less crimes, including taking photographs of submarines and taking classified information from office to home.

Hillary Clinton is a self-serving politician who used a private server instead of serving the American people with secured information. The hacking by Wikileaks, Anonymous, and other tech trolls are rolling out the rising popular indictment against the political Wicked Witch of the Northeast hell-bent on becoming President at all costs.

Her head is bombing and weaving, distracted and discombobulated by the press, the media, the individual reporters, cameras, and social media hounds looking for anything about the wannabe first woman President of the United States.

She is sick. She is dying before our very eyes.

How many concussions has she suffered in the last decade? Reports from 2005 detail a U.S. Senator falling, hitting her head, concussions throughout, and once a broken elbow, too. What will she lean on if she makes it to the White House? Even Franklin Delano Roosevelt worked as hard as he could to hide his polio. He may have been sick, but there was nothing to fear but Fear itself.

With Hillary Clinton, she has everything to fear, including herself. She can’t stand the strain of a rigorous campaign. At the 9-11 Memorial ceremony, she couldn’t even stand, but wilted under the heat: 77 degrees in august New York City weather with humidity of 30%. She can’t stand the heat or the humidity? Is that why she didn’t bother visiting the flood victims of Louisiana last money?

No. She doesn’t visit with the little people who need help, but only with the rich, the corrupt, and the well-connected so that she can help herself to their dirty donations for her campaign coffers.

But with the hacking that defines her, Hillary Clinton may need a coffin, for her political career and/or herself. 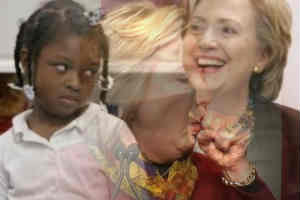