"Oil" Muratsuchi: Not Pro-Green, but Sold Out to the Oil Companies

Al Muratsuchi claims to be pro-environment.

He even touts his latest endorsement from the Sierra Club, with the claim that he is 100% Pro-Green.

The Hadley campaign reported that Muratsuchi is getting major funding from the oil industry, $500,000 strong. Startled surprise erupted briefly in the room. Icky-sticky. "The oil companies are serving as a lifeline for Muratsuchi's campaign," Hadley declared.

He doesn't want fracking in the state of California.

But he doesn't give a frack about taking Big Oil money.

Of course, the public at large is not going to see Big Oil, or ExxonMobil listed on his campaign finance records.

He is getting a lot of money from different Democratic county parties, though.

He got $35,000 from the Los Angeles County Democratic Party, for example.

He got another $80,000 from a Democratic County Party in the Bay Area. The Democrats in Alameda and San Francisco Counties do not need to invest in their own races.

They are doling out the cash to other districts, and Assembly District 66 is the #1 Target--Again.

Check out this flyer which Muratsuchi mailed to Democratic households: 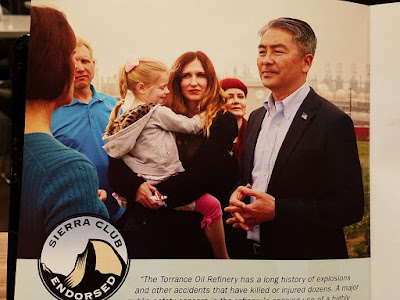 Everything that he lists in his "plan for the refinery" has already been done by a Republican Councilman on the Torrance City Council--Milton Herring--or a Republican Assemblyman: 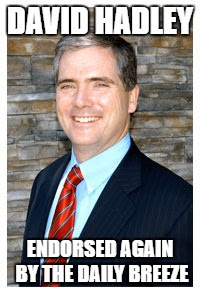 If we want to see a more accurate flyer about Al Muratuschi and his environmental record, see below: 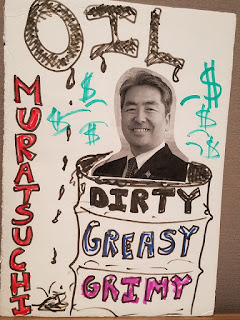 And if we really want to know where his allegiances lie, check out this picture: 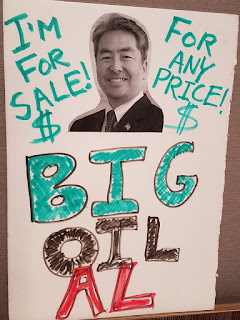 He sold out to the homosexual lobby.

He sold out to Big Labor.

Al would sell his own mother to win a seat in the state assembly.

The South Bay can do better--and is already doing better.