The Incoherence of La Raza Race-Baiters

At the January 19th, 2016 City Council meeting, racist supporters of the illegal aliens came out in slightly larger numbers (instead of none, two or three).

One lady named Carla, who was wearing a green dress, started shouting next to me: "Stop the Hate!"

Yet she kept talking about racism and "white people."

She also lied, claiming that members of We the People Rising were racist and harassing Francisco Medina, one of the two illegal aliens appointed to city commissions in Huntington Park.

He had tapped me on the shoulder to greet me earlier in the council meeting, then chose to sit in the back and say nothing while I and others in our team asked him uestions.

Carla is Medina's girlfriend. She was kissing and hugging him outside of the city council chambers as she left.

I confronted her at the end of the meeting, as she was running away. She kept trying to justify her hatredr toward us.

One of the young people who supported Francisco kept calling We the People Rising "white supremacists". Huh? 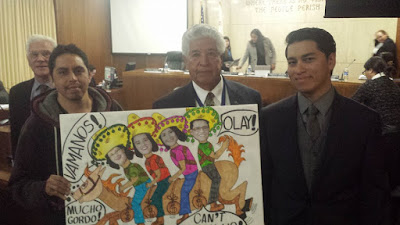 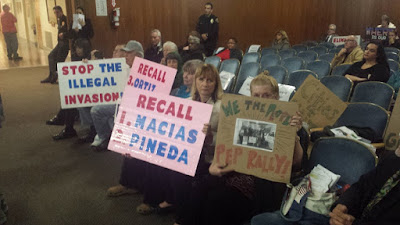 What about all of us? 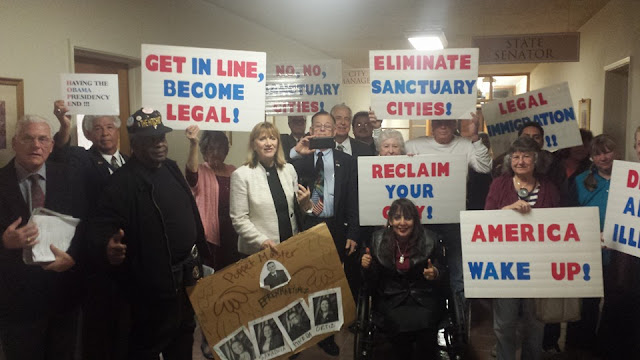 We the People Rising is made up of all kinds of people.

All races, colors, and creeds.

The La Raza race-baiters keep wanting to make this about race.

It's not working, and never will.
Posted by Arthur Christopher Schaper at 2:20 PM