David Hadley Gets an "F" from Planned Parenthood

The culture wars are as heated and spirited as ever.

Pro-life supporters marched for life in Washington DC, despite the intense cold. The snowstorms may have deterred lawmakers, but Pro-Life forces will not cease to defend all walks of life.

In Sacramento, life-legislation faces hurdles. The Democratic caucus is dedicated to personal licenses rather than principled liberty.

Yet even in the midst of these political hardships, Republicans can still stand for life.

In the 66th Assembly District, David Hadley (R-Torrance), has checked off a respectable set of successes, in spite of his freshman minority status.

He has failed in one respect, a astounding fail

He has an F- from Planned Murderhood, er. . . Parenthood.

I have received a number of messages and statements from residents in the South Bay, many of whom express deep displeasure with Hadley's record on life issues.

Any candidates scoring so badly on the Planned Murderhood 2015 legislative scorecard is doing something RIGHT in my opinion.

Thank you, Assemblyman Hadley, for saying No! to Planned Murderhood's radical agenda. 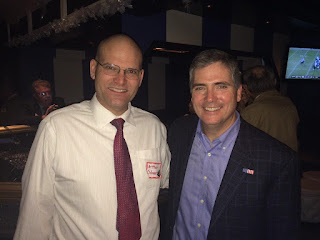 I look forward to a pro-life budget in the next legislative session.

More importantly, from a culture and political perspective in current time, South Bay residents seem more concerned about business growth, economic stagnation, educational opportunities, immigration, and public safety. At the first Beach Cities Republicans meeting of the year, a US Senate candidates forum, no one submitted questions about abortion, gay marriage, and the Second Amendment.

Those issues usually rank as divisive social issues which many people ask about. At the January 21st meeting, they were not featured issues of concern.  . .