Before the Cudahy City Council meeting had begun officially, I noticed that one of the LA County Sheriffs -- Steven Biagini -- serves as the sergeant at arms for the city council meeting. 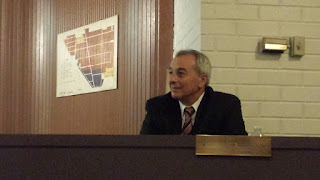 Huntington Park has its own police force. Cudahy does not. No one should be surprised, since the city council is spending money on trivial projects, wasting thousands of dollars on needless brochures while closing up city hall three days a week. The latest labor contract will give the entire store to the labor unions, since they will be pounding the pavement on Election Day for the young puppets.

So, the city relies on the sheriff, and one sheriff had to sit through the madness of the Cudahy City Council.

Before the meeting began, he approached me and asked: "Are you the leader?"

The leader of what? Do I have to have a special title to speak at a city council meeting? What?!

At first, I had no respect for this guy. He was trying to intimidate me, it seemed. I am tired of law enforcement not enforcing the law against the rogues on these city councils. In Huntington Park, the city council tries to silence people from speaking. In Cudahy, they throw people out just for speaking the truth. 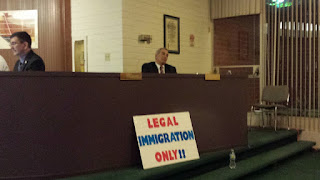 As the meeting progressed, and as I noticed that more people were shouting at the city council. the sergeant at arms did nothing. When the mayor, Cristian Markovich, tried to restore order and remove someone from the audience, Biagini did nothing.

Wow! The sheriff was on our side!

For the most part, he sat quietly and watched the meetings. Once in a while he smiled, whether I was speaking or someone else was sharing something.

The four members of the current city council command no respect. They do not follow the rules. They have no respect for the law. The sheriff did not listen to them very much.

Also, if he started sending people out, the whole room would explode, just as it did on January 11, 2016.

I guess what happened this past Monday was the worst that the Cudahy residents had seen in a long time, I can tell that for me, that was the WORST meeting I had ever seen.  Biagini tried to restore order when the meeting went out of control. He stood between one shouting audience member and one of the city council members.

He is trying to keep order in a disorderly city council. I do not envy this man. 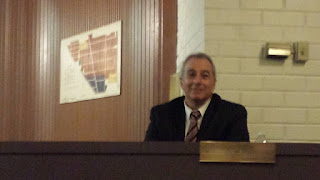 But I respect him a great deal, and I understand what he is trying to do.