My Comments to the Huntington Park City Council: January 19th, 2016

I want to address a few words spoken by Mayor Macias at the end of the last city council meeting, before she fled from us for no apparent reason and refuse to gavel out the meeting.

She decried the “hate” towards those individuals who just want to find a better life.

We the People Rising do not hate people. We hate your actions. We hate your lawless deeds. We havte your disrespect for our nation’s laws, culture, and our Constitution. If anyone seeks a better life here, they need to do so Legally.

If anyone is full of hatred, it is you! You hate the rule of law, you hate our nation, and thus you hate immigrants!

The next word I hear misused frequently: “Immigrant.”

That term at its core implies legality, it implies an individual who leaves one country for another. How can anyone immigrate to another country, when there are no borders, and worse when there is no respect for our borders and for the rule of law? 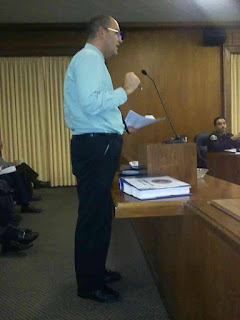 So, we are back here once again, and we will not live until you”

1.  Rescind the appointments of the two illegal aliens Julian Zatarain and Francisco Medina.

2. You resign your posts. You have all violated your oaths of office. You all swore to uphold  the state and US Constitution, including you, Mr. Pineda (and I saw the video of your swearing-in with LA City Councilman Gil Cedillo.)

3.  Remind every state and local leader: cities are for citizens, including all positions of public trust.

I have  a few more questions to ask this body.

Why did you run away from us when we arrived on January the Fifth? Why did you cancel the January 5th meeting, Mayor Macias, and yet you were here along with your corrupt City Manager Edgar Cisneros?

Why did you call a special city council meeting two days before Christmas, and then cancel a meeting? Residents in the city were very confused about what you did.


Why did you cancel the HP Towing contract? Did you know that the FBI was investigating? And how do you explain all that money donated to your campaign, Ms. Macias? The same indicted HP owners donated to your 2013 Election. Are you and your cronies under investigation too?
Posted by Arthur Christopher Schaper at 11:25 AM