I am so glad that March 5th is almost upon us, and Congress has gotten nothing done in the way of immigration "reform". 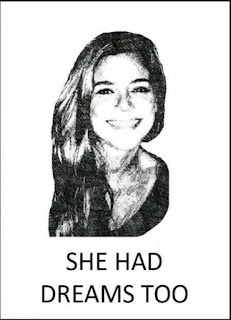 I am A-OK with Congress not passing anything until Election 2018, and we get more Republicans elected to federal office

Arthur,
Immigrant youth are organizing day and night to plan our next wave of actions before March 5th and to share our stories about how our lives would fundamentally change if Congress passes the Dream Act. This is what the moment demands.
Our stories have helped mobilize millions of Americans to fight alongside us in solidarity and to pressure members of Congress to support the Dream Act – and this tactic can work again.
Our stories are a powerful tool to win the protection and dignity that we so urgently need, and the clock is ticking. Here’s how you can help make sure our stories make as big an impact as possible:

I don't think there is anything that Congress can do to resuscitate this program.

President Trump is playing the Democratic Party like a harp from hell, and they just sit their in their inadequacy, unable to pass ... anything. 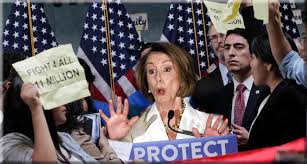 It's about time that illegal aliens of all ages woke up and went home, to their countries of origin. It's of no interest to me if their parents brought them into this country as babies, and they know of no other life than this country.

The parents are responsible for this set-up, not the American people. For decades, we had expected our government to enforce all immigration laws, to stop the flow of illegals across our borders and into our country.

The political class that wants easy votes and cheap labor holds all the blame, not the American public. 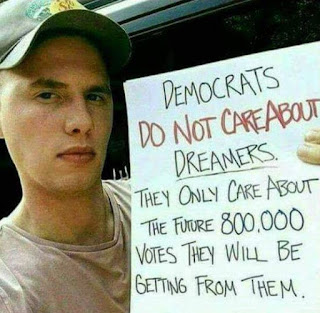 As of now, it's time for "Si se puede DEPORT!"
Posted by Arthur Christopher Schaper at 1:06 PM