“To secure these rights, Governments are instituted among Men, deriving their just powers from the consent of the governed.” 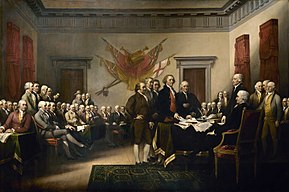 The Declaration of Independence

On February 15, 2018, Nikolas Cruz committed an act of unspeakable evil. He ventured back to his former high school, Marjory Stoneman Douglas, in Parkland, Florida, to shoot and kill 17 people. He wounded at least a dozen more. Whether he was flagged as a threat to students in the past remains to be confirmed. The Miami Herald reported that Cruz, who was expelled from the school, was the subject of a warning email last year from the administration, flagging him as a threat and stating he was not allowed back on campus with a backpack.

“Caring for our kids is our first job. And until we can honestly say that we're doing enough to keep them safe from harm, including long overdue, common-sense gun safety laws that most Americans want, then we have to change.”

* But how can Governments keep our kids safe from harm in schools, without depriving them, or the common citizen, of their Natural Right to defend themselves against an aggressor? 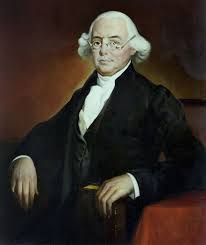 To answer this question let us turn to Founding fathers like James Wilson—a Supreme Court Justice, and signer of both the Declaration of Independence and US Constitution—for guidance. He argued that the function of government was to protect and enlarge an individual’s existing Natural Rights—including self defense—not to subvert or restrain them:

“The defense of one’s self, justly called the Primary Law of Nature, is not, nor can it be abrogated by any regulation of municipal law. This principle of defense is not confined merely to the person; it extends to the liberty and the property of a man…it extends to the person of every one, who is in danger; perhaps, to the liberty of every one, whose liberty is unjustly and forcibly attacked. I here close my examination into those Natural Rights, which, in my humble opinion, it is the business of Civil Government to protect, and not to subvert.”— James Wilson (1791)

The Unalienable Right of Self Defense, being God’s signature in every person’s conscience reveals why it is natural for Americans to feel uneasy about supporting ineffective policy proposals that—if implemented—would negate this most precious gift.

[“Even Gentiles, who do not have God’s written law, show that they know his law when they instinctively obey it, even without having heard it. They demonstrate that God’s law is written in their hearts, for their own conscience and thoughts either accuse them or tell them they are doing right.” Romans 2:14-15] NO WONDER PEOPLE EITHER FIGHT, OR FLEE WHEN THREATENED BY VIOLENCE.

For example, revelations that the FBI had been warned about Florida high school shooter Nikolaus Cruz fit an all-too-familiar pattern, in which apparent law enforcement errors have preceded mass murders.

A person close to Cruz warned the the FBI last month that he had a “desire to kill people” and could carry out a school shooting, the FBI admitted on Friday. The agency failed to act on the tip.

The FBI was also warned about Cruz after he posted on YouTube saying he was going to become a “professional school shooter.” The agency said they couldn’t identify the user who made the threat, despite Cruz posting under his own name.

Five months after the tip about the YouTube comment, and one month after the FBI was alerted that Cruz had a “desire to kill people” and could become a school shooter, the 19-year-old pulled the fire alarm at Marjory Stoneman Douglas High School and began shooting his former classmates with his AR-15.

In myth number 6-he points out how “many gun control advocates today acknowledge that the Second Amendment is a serious impediment to heavy-handed restrictions on firearms and confiscations and have advocated a repeal of this part of the Bill of Rights. “The Second Amendment Is Obsolete and Doesn’t Apply to today’s culture—so they say.” They insinuate that the Second Amendment doesn’t apply today because the firearms used by the Founding fathers were muskets, and that they couldn’t possibly have conceived of the devastating effectiveness of modern weaponry.

But the Founders did not design the Constitution to be an ephemeral [a temporary] document that would lose its applicability over time. They were quite aware that technological changes would come long after they were gone. Thus, they designed the Second Amendment to preserve the individual right to self-defense, just as they created the First Amendment to protect free expression.

Stepman rightly concluded that: “Just as the rise of the internet and new communication technologies do not make the First Amendment invalid, the Principles of the Second Amendment apply today, even as firearm technology has advanced.” 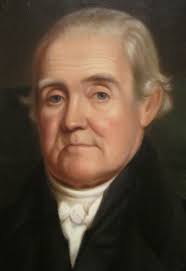 If “caring for our kids is our first job”— as former President Obama emphasized—then clearly, it is our civic duty as Americans of a FREE Constitutional Republic to see that they are sufficiently informed about how to govern and defend themselves in all life cases of difficulty. And Noah Webster—the father of our “ORIGINAL” American Education system—argued how to do just that: “...children should be taught the usual branches of learning; submission to superiors and to laws; [Titus3:1] the moral or social duties; the history and transactions of their own country; [Hebrews2:1] the principles of liberty and government [Romans13:1-7]. Here the rough manners of the wilderness should be softened, and the Principles of virtue and good behaviour inculcated. The virtues of men are of more consequence to society than their abilities; and for this reason, the heart [conscience] should be cultivated with more assiduity [consistency] than the head.”

* Securing the Republic: Noah Webster, On the Education of Youth in America—

"Resistance to tyrants is obedience to God." Thomas Jefferson

Posted by Arthur Christopher Schaper at 10:08 AM