The young illegals are walking to get home, or whatever.

They should be arrested, processed, and reported.phi

They are walking from New York City to Washington DC demanding some kind of DREAM Act, or something like that.

Someone needs to explain to them that politics is a numbers game. They have no numbers. They lose the game. It's that simple.

The people have spoken. We don't want illegals. We want the needs of Americans taken care of first, foremost, and final!

ICE, please pick up these illegal aliens at the Liberty Bell in Philadelphia, Pennsylvania today--February 20, 2018 at 12 noon. 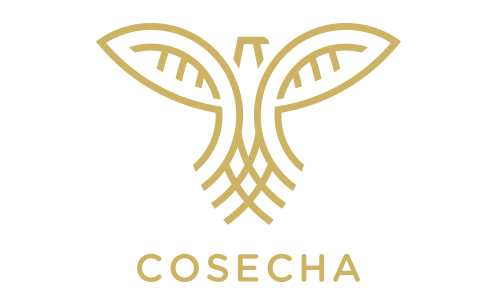 Press Release Tuesday, February 20, 2018CONTACT:  Lucia Allain: 646-488-5919, Lucyallain@gmail.com
Fernanda Madrigal: 619-419-6016, SeedProject2018@gmail.com
Immigrant Youth Walking For A Clean Dream Act Arrive At Philadelphia Rallying In Front Of The Liberty BellUndocumented Youth and Allies Host A Reception and Vigil For 11 Walkers On their Philadelphia Stop of The 250-mile Walk to D.C.

PHILADELPHIA, PA - On Tuesday, February 20th the 11 undocumented youth and allies who began The Walk to Stay Home, a 15-day walk from New York City to Washington DC, arrive at the Liberty Bell in Philadelphia.
WHEN: Tuesday February 20, 2018, 12:00pm NOON
WHO: 11 undocumented youth and allies, walking 250-miles from NYC to DC along with dozens of supporters
WHERE: Outside the Liberty Bell, N 6th St & Market St, Philadelphia, PA 19106
WHAT: Rally and vigil outside for a clean Dream Act, DACA recipients and all 11 million undocumented immigrants
The stop signals the halfway point of the 250-mile journey organized by the Seed Project with the support of the #OurDream Campaign; drawing attention to the need for a clean Dream Act that not only grants permanent protection for undocumented youth but does not harm 11 million undocumented people living and working in the United States.
“We have people with blisters, cramps, bleeding noses, and injured feet from the intensity of this walk, but that pain only pushes us forward” said Barbara Hernandez, a California DACA recipient from Orange County. “We are halfway to the capital and nothing will stop us, we love our families more than they know - and we need a clean Dream Act that doesn’t hurt this community.”
The Walk to Stay Home: a Journey of Hope nears its halfway point in Philadelphia. Community members and other undocumented youth plan to receive the walkers in front of the Liberty Bell with a rally-vigil. The walkers will stop to inspire other undocumented youth to continue the fight regardless of Congress inaction. Walkers will speak and share their stories of the walks progress and call on other undocumented youth to join the fight for a clean Dream Act and to continue to take risks, such as demonstrated in this walk. A vigil will also be held to honor those who have been walking all their lives to build a home only to be imprisoned by a deportation-machine designed to terrorize undocumented communities. The message to politicians is that undocumented youth will not accept it if it puts our communities in danger.
“This is not the first time that Congress has failed the immigrant community. We are tired of these false promises that linger in our minds as our bodies become physically tired from this walk” said Aldo Solano, who came to the United States with his parents building a home in Portland, Oregon.
In the early days of the walk Congress again began to vote on different types of deals that have been pitched on the floor. One of which was President Trump’s deal that included a border wall, larger ICE presence, and slashes to immigration programs. ALL deals that were voted on failed to pass through Congress. Politicians once again failed to understand the crisis this is turning into as more and more undocumented youth begin to lose their protection. The Walk To Stay Home has not lost its spirit and resilience despite no deal coming out of Congress. We plan to continue to show the countries overwhelming support for a clean Dream Act and uplift their stories along the way.
Studio interviews with the walkers and DACA recipients may be available upon request and onsite at the rally.
Read Walkers’ bios here: https://www.theseedproject.us/bios
Link to Walk Route here: A Walk to Stay Home - Walk Stops
Photos & Videos of the action will be uploaded to this folder as they become available: Walk to Stay Home Philadelphia Rally- Photos & Videos
Posted by Arthur Christopher Schaper at 12:11 AM