Jordan Peterson, Celebrity Intellectuals, and the Counsel of the Ungodly

Canadian professor and psychologist Jordan Peterson is the latest YouTube pop-culture conservative phenomenon. He deserves recognition. His erudite responses to complex issues are stirring and instructive. He has given hope to young men too long weighed down by an academic diktat toxic to masculinity. 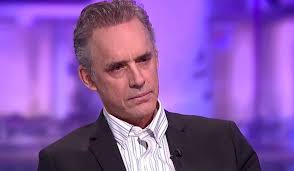 I began listening to his unique insights on many issues, including how to solve problems, find meaning, and understand the complexities of life. I also heartily embrace his recognition that Communism is evil, that we should stop blaming everyone else for our failures, and that human nature is flawed. How badly Western societies need to return to these moral fundamentals. Much of the agony and hatred in this world would cease if human beings recognized that man is born dead in his trespasses, in need of a Savior, in need of a transformation from spirit to mind, which will end in the resurrection of our bodies.

He is also one of the foremost voices speaking against the activism culture sweeping universities. Without mincing words, Peterson rails against social justice warriors, scolding them to get a life and fix themselves rather than directing their hatred and self-loathing victimization at others. His interview with British journalist Cathy Newman was stunning. He took down all her worst examples of left-wing journalistic malpractice without breaking a sweat, and without cursing, swearing, or demeaning the journalist, although she would have deserved it. He is also a celebrated author: 12 Rules for Life: The Antidote for Chaos. God knows this world is chaotic as it’s lost the moral underpinnings of Judeo-Christian values in a sea of -isms. 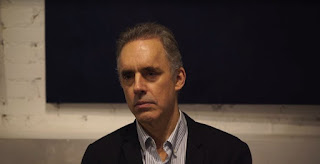 Peterson has been very dodgy on the issue of God. For a man who has disparaged post-modernism and its corrosive influence on our culture, he jumped around the question when asked. “What do you mean ‘God’?” he responded on one interview. What do you mean “what do you mean?”, Dr. Peterson? That was probably the most post-modern answer I had ever heard, despite his savage yet smart denunciations of post-modernism in the past. He could have articulated a conception of God and answered the question. Do you believe in a Creator? Or are you an atheist?  Actually, Peterson has denounced atheism. When it comes to the Jesus question, though, he hedges his bets, and has recently announced that he will come to a decision about Jesus Christ in three years.

Yes, he is also a celebrated author, all well and good. Chaos is instinctively abhorrent to human beings. Even those who just want to watch the world burn have a reason for it. But this cycle of celebrated intellectuals who  spout off ideas and aphorisms in the spotlight is not new. Like Dr. Phil, Marianne Williamson, and Suze Orman, Peterson gives us advice and outlines rules and precepts on how to live, and it all boils down to “Follows these rules, and you can rule over the problems that follow you.”

One problem: mankind has repeatedly tried and failed to fix himself and/or the world around him. If we could repair our flawed natures, Peterson wouldn’t be having extended discussions about the moral evils of this world. He wouldn’t have a job as a psychologist in the first place. The rugged individualism he seems to promote is actually pretty weak, come to think of it. I have noticed that some of his views are rather secular, in conflict with the Bible. We did not create ourselves. So where did we come from? Peterson dodges a question fundamental to our moral, cultural, and political legacies. 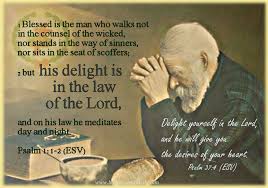 I don’t think that Dr. Peterson is malevolent or evil, for “ungodly” means anything that is not of God. But let’s not fool ourselves. All men are sinners who have forfeited God’s glory. (Romans 3:23). To man’s unending consternation, he falls prey to his secret sins (cf. Psalm 19:12), and finds himself unable to remove his faults. This tension exposes an essential dilemma in Western thought. We want to rely on objective metrics, free of jingoism and bias, yet at the same time man is tainted with his own leanings plus the sin principle. We see evil in the world, and yet our efforts seem to create more evil, especially if men apply their limited solutions to everyone, regardless of others’ specific situation. Ultimately, man seeks his own good, whether at the expense of others or not. He establishes rules, yet even the rule-maker cannot make it by his own rules. Such is the riddle and ridicule of man’s fate on the earth when he looks to himself.

The first verses of the First Psalm asserts that our blessings do not flow from man and his company, but God’s Word. This counsel of the ungodly business is a recurring problem in the Body of Christ and the world. We go from one guru, intellectual, and lecturing busybody to another hoping for fixes. Yet sin can’t be fixed. There is no repairing a fallen world. Do we really think that we can rely on ourselves to fix ourselves, when it took a mighty, divine Creator to breathe life into us? Christians should not apologize for basing their world view, their moral compass on the unshakable Word of God.

Man needs redemption and regeneration, the grace of God flowing in our lives through God’s abundant gift of righteousness (Romans 5:17). The answers to life’s problems are not found in the mouths of men who live in the world but in Him who made and then redeemed us. Why not rest in the wisdom of Him who has been from the beginning? (1 Corinthians 1:30; 1 John 2:13).

Posted by Arthur Christopher Schaper at 2:00 AM