Yesterday, President Trump endorsed one of his most vocal critics in his bid for the United States Senate.

Mitt Romney, who was also endorsed by retiring Orrin Hatch, is seeking to represent the United States Senate for Utah. I am thrilled with this outcome? 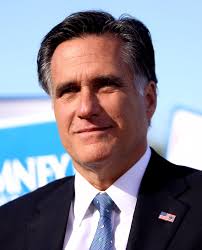 But there is a dynamic that we cannot escape when it comes to Utah and the politics of the Beehive State. The voters have never had a strong affinity for President Trump. During the contentious primary, US Senator Ted Cruz swept all the delegates, in spite of poor showings in Arizona down south.

At the general election, Trump won this state with the lowest percentage of all the states: 44%. Whether we like it or not, Utahns are not the biggest fans of Trump, or at least they were not that big on his campaign during the primary. Independent "conservative" Evan McMullin based his abortive, anti-Trump campaign out of Utah, and Gary Johnson did better than expected in this state, as well. 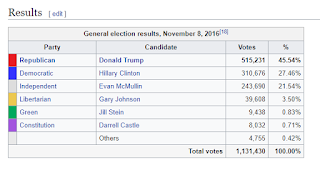 These are not welcome developments for the MAGA agenda if we ignore them.

Republicans already lost a red seat in Alabama. The US Senate majority is really thin at this point, and the last thing that we want is for the Democrats to actually take over the upper chamber in 2018. They only need to flip two more seats and hold onto everything else. The momentum among Democrats over the past four months indicates that Republicans need to tread more carefully than they had done from Inauguration Day until November 2017.

Politics is a numbers game, at the end of the discussion, and we cannot run away from that.

Guy Benson threw up some staggering polling numbers about Romney:


Do I care for Guy Benson's Never-Trumpism? Nope.

Did I care for Romney's relentless digs on Trump during the primary, the general election, and even after he won?

But guess what? It's not in my hands whether Romney is the Republican nominee for US Senate. That decision does not even belong exclusively to the general population of Utah GOP primary voters at large in the state, either.

Wikipedia summarizes the process below:

Utah candidates for political office have a dual routes toward placement on the primary election ballot:

Thus, the top two candidates for the U.S. Senate at the party state convention, to be held the latter part of April, are placed on the June 26 primary election ballot, along with any candidates who collects 28,000 ballot-access petition signatures. If no competitors achieves alternate access to the "pure primary" through collected signatures and a convention winner had achieved sixty-percent of delegate votes, this candidate straightaway receives his or her party's nomination solely via the older-style caucuses-convention system.

The state party will have a nomination convention in April. Tea Party conservative Mike Lee succeeded in this convention in 2010, and more importantly the convention pushed out then-incumbent US Senator Robert Bennett because of his un-conservative votes on taxes, spending, and the big bank bailouts in 2009. These conventions do protect conservative values to a great extent.

Very likely if Romney sweeps that meeting, and there is no other candidate who can get onto the ballot via signatures, then the former governor of Massachusetts and Presidential candidate will the GOP nominee on the ballot for the general election. He has the money, the name ID, and the Establishment backing. While he is not popular nationally with the conservative and MAGA grassroots, Romney is very popular in Mormon dominant Utah. Trump probably senses that he has little pull to stopping Romney-mentum. There are other declared candidates, but will any of them excite enough interest to stop Romney? Who knows.

Let's also realize that Trump and the conservatives who want the MAGA agenda need to work with as many Republicans as possible, and that means we want to see the RNC and other Republican organizations spending money going after Democrats instead of dumping a whole bunch of campaign cash into holding onto red seats.

Trump will not the be the first President to sign onto working with bitter rivals. Abraham Lincoln expressly appointed personal and professional opponents into his cabinet during his first administration. In order to achieve a winning re-election ticket, he nominated a Unionist Democrat as his Vice Presidential candidate. That's what it takes to ensure working majorities for the most of one's agenda. 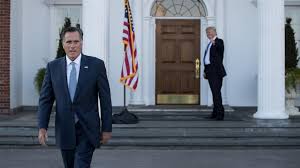 This is how it works, people. Whether we like Romney or not, it's best for greater intents and purposes to have a Republican with some allegiances to our interests than a Democrat who will spoil the unprecedented Republican mandate which Trump and the GOP has enjoyed in Utah for the last four years.

Keep in mind that Utah is a conservative state regardless, and an elected official from that state will have to comply to an extended extent with the will of those voters, regardless of their background or prior political experience. Trump had worried so many of us conservatives because of his prior record and rhetoric. As President, he's done a pretty phenomenal job. Not only that, but Trump has scored points with Hatch, especially on Trump's executive orders rolling back President Obama's overbearing federal land grabs in national monuments like Bears' Ears National Park.

Perhaps we can look forward to a similar set of welcome surprises from US Senator Mitt Romney, too.