Here are a few points of view that I had held for a long time without challenging their merits.

Since President Trump's election and inauguration, there are some ideas which I am challenging with clear evidence in our country and economy.

George Will once asserted, "Populism is not conservatism."

Will argued that the anti-elitism sentiment ultimately generates a larger government agenda.

Now I realize that populism which opposes the corrupt, anti-American, pro-globalist agenda is good.

And it in fact wants a reduction of the government into our lives. I cannot believe that I never challenged that precept from George Will. Populism is all about restoring power back to the people. Two Amendments in the Bill of Rights talk about restoring those rights.

Trump's pro-American nationalism, his pro-worker populism has enacted an incredible conservative agenda on many levels. The real sticking point for people like Will and the rest of the cloistered political elites is illegal immigration. They don't understand the costs or the consequences of this destructive problem. They don't live with illegal aliens ravaging their neighborhoods. They don't understand the pain and frustration of losing jobs and quality of life to ongoing foreign invaders.

The distant arrogance of these talking head conservatives is stifling.

The argument about trade deficits, which means that a country is importing more goods than exporting, had concluded for me with John Stossel's analogy of a grocery store.

"I engage in a trade deficit every time I go shopping at the grocery store. If the store had to buy something from me in order for me to purchase something from them, they would go out of business." 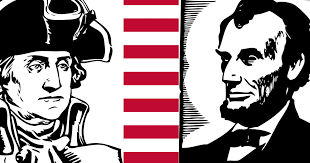 I look back on this analogy, and I realize now how naive it is. A country is not a grocery store. Countries are not just markets or economies.

A free market is a necessary but not a sufficient condition for a free society. The United States is a free yet also sovereign nation. There are other nations near and far which oppose our free way of life. Why would we want to trade with them?

I would allow for tariffs on a general scale if the income tax were repealed. A tariff is a tax which consumers would have to pay for, but that cost would be offset by no longer paying an income tax.

Tariffs are good for national security reasons. Why should the People's Republic of China dump cheap goods into our country, and they in turn use the money they are making to undermine us further?

These are some talking points I have learned to review and challenge now that President Trump is back in office. Note, however, that tariffs as a rule create higher costs and disproportionately affect different parts of the country. A full-on trade war with other countries furthered the economic recession that led to the Great Depression in the early 1930s.

Tariffs, if any are imposed, must be strategic.
Posted by Arthur Christopher Schaper at 2:43 PM