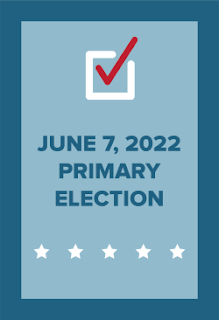 The outcome of the Torrance City Treasurer's race was a mixed bag for me.

For the last four years, I have wanted Dana Cortez out of that office. She got elected in 2018 unopposed, and then she disappeared. She refused to do her job, she issued sick-leave requests and absentee notices repeatedly. She cried to the press about her health problems, and then some of her supporters also shared with me that she was unfairly treated by the city council.

Even if the city council had done her wrong, she had no right to harm the entire city by not showing up to work.

So, five people filed to run for City Treasurer. And with such audacity, one of the candidates was the do-nothing, MIA incumbent.

It was a widespread fight throughout the city, certainly. I saw signs for all five candidates, and I received mailers for three of them: Tim Goodrich, Rick Marshall, and Mike Griffiths.

Come election day, the initial vote tallies had Goodrich ahead, with Griffiths a close second. As the weeks progressed, Goodrich's lead increased until he was 5% ahead of Griffiths. There was no way that the initial second-place finisher could overcome those numbers.

I am not thrilled that Tim Goodrich got elected to this office, especially since he reneged on his responsibility to serve the city of Torrance as councilmember for a full second term. He complained that he had to resign for the sake of his work, but then he suddenly has time to run again, this time for the Treasurer's seat? Really?

Let's be frank: he only won because there were four Republicans pulling apart the vote from different interests and segments of the city. The strong conservative faction voted for Rick Marshall. Anyone who was interested in putting another lady into city government, and who still respected Pat Furey's endorsement, voted for Melissa Wright. Then there were the uniformed voted who still selected Dana Cortez, just because she listed her name as incumbent.

And last of all, there was Mike Griffiths.

Yes, he had the longer political pedigree in town compared to the other candidates. Well, expect for Tim Goodrich, since he got elected in his own right in 2014, and Mike Griffiths was appointed to fill Pat Furey's place a few months after. However, Griffiths has lived in the city of Torrance for decades, while Goodrich carpet-bagged into the city from Buffalo, New York.

Griffiths was elected for two terms on the city council, and before that he was the consensus pick to replace the mayor. Before that, he had served on two major commissions: environmental quality and planning.

He had sent out two mailers, compared to Goodrich sending out only one. Rick Marshall sent out two mailers, but I received them both on the same day, and very late in the campaign season. Judging by the large number of his signs in the city, I thought that Griffiths was going to sweep the seat.

And yet Griffiths lost, and I am not sad about that outcome one bit.

Griffiths was a major part of the old political establishment that crashed and burned Election Day, 2022. He was one of Scotto's people, and he was buddy-buddy with liberal Republicans like Tom Brewer and Bill Sutherland. I have also shared how rude he has been to me and other voters in the city.

And that, in the end, was his downfall.

Griffiths could have been elected treasurer if he had treated his base of voters with respect instead of contempt. That lack of respect has been an ongoing problem in the city, whether from Furey's camp or Scotto's camp. These elected officials forget who elected them, and they think that they do not have to keep their word or respect their concerns.

That kind of dishonor was roundly punished in this last election.

Don't get me wrong: Tim Goodrich is bad for that office. He should never have been elected to city council in the first place, since he spent so much of his time pushing his left-wing agenda, at the expense of what was common-sense best for the city.

One can only hope that the new city council will take steps to eliminate the Treasurer position altogether, thus saving the city some money.