Call the US Senate, and Tell them to Reject the "DIS-Respect for Marriage Act"

This legislation actually seeks to codify disrespect for marriage, because the legislation will force states to recognize false marraige licenses from other states. This terrible legislation is another step to legitimize lies, hurt, and trauma, while depriving women of their dignity, children of their necessities, and the public square of stability. 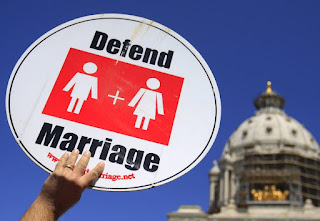 These US Senators need to hear from ALL OF US to reject the DIS-Respect for Marriage Act. We need to ensure that the Democrats do not manage to get 10 US Senators to join them, thus granting this legislation cloture and a speedy vote.

Contact Senate GOP Leader Mitch McConnell and urge him to lead the fight to stop this terrible bill: