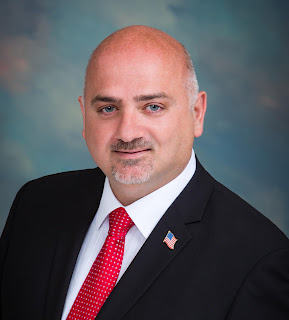 It's official. It's over.

Councilman Aurelio Mattucci has been re-elected to the Torrance City Council, this time representing District Five.

Here's the report from The Daily Breeze:

Well, that's a relief. It's truly official, and no one can reverse it.

This was the closest race that I have seen in the city of Torrance. I was initialy convinced that Aurelio would enjoy the strongest finish against his opponent. I then pegged George Chen has being able to best Cliff Numark without as much trouble. In all honest, I was more concerned about Jon Kaji as well as Lauren Cotner, since neither one of them were incumbents.

Of course, everyone now knows that Kaji had the surest victory of the four city council candidates I had supported. It's a considerable victory, and certainly surprised me.

An election should not take a month to complete and certify. This dysfunctional process invites suspicion and voter fraud.

Mattucci, reached via phone, called the District 5 race “the most epic election” in Torrance’s history.

I am sure that he went into details, but the newspaper declined to report them. So allow me to share some of the key details about this race:

1. The entire Torrance establishment, the Democratic-Republican uniparty of swamp creatures, special interests, and political dynasties threw all their time and money into defeating Aurelio.

2. Jean Adelsman, Aurelio's unexpected opponent, had served as the Editor-In-Chief for the Daily Breeze. She had considerable influence in the city for decades as a reporter, pushing whatever news, whatever agenda she wanted the readers to take in.

3. Even though Aurelio had received the endorsements of the Torrance Police and Fire Associations, a number of former police chiefs lined up behind Jean Adelsman. Wow would retired police chiefs throw their hat into this fight? Whatever the reasons, it all goes to show contentious and momentous this city council race would be.

Mattucci said he wants to continue working on initiatives such as public safety and homelessness and on keeping the city clean. He said he’s hopeful the money raised from the recent passage of Measure SST, a half-cent sales tax, will go to the right places to enable all that to happen.

It's really striking how most of the candidates who got elected to the city council opposed the sales tax increase. Yet here we are. This outcome just goes to show that voters are not looking at candidates and causes in a "slate-like" mode. They just make the individual decisions on each issue as they see fit.

“We have make sure we don’t go down that dark hole of running in the red,” Mattucci said of having to stave off Torrance’s budget crisis.

But, Muttucci is aware his slim margin of victory is no mandate. He said he plans to reach out to the 3600-some people who didn’t vote for him to learn more about what they want and need.

There have been some rumblings that Aurelio's opponents will launch a recall effort to throw him out. They will have to wait six months after his installation, so at the earliest they can start the process in January 2023. By then, will most voters even care? Will anyone be paying attention? Recall efforts require a lot of blood, sweat, and tears. For local races like city council, recall proponents are almost assured that they have to door-to-door to find the voters to get rid of Mattucci. That is not going to happen.

“I want to reach out to the people who opposed me,” Mattucci said. “What are they looking for and what are the ideas that they have?”

And, he said, Adelsman was a competitor with a lot of character who really cares about the city.

I know that the newly re-elected councilman has to be politick in his comments, but really Jean was a slimeball. She lied repeatedly about the Councilman's votes and his views on issues. She actually claimed that he was bought and owned by the

“I’d like for Jean to be part of that equation,” Mattucci said. “Put the past behind us for the sake Torrance.”

Adelsman, reached by phone, said she was disappointed in the results, but added that she’d still keep working for the betterment of the city.

She really isn't working for the best interests of the city. If she really cared about Torrance, then there was no reason for her to run in the first place. She was another candidate selected by the political establishment because a select group of movers and shakers in the city of Torrance simply do not like Aurelio Mattucci. That is a terrible reason to run for office.

Again, they simply do not like Aurelio. What actions, what results, what decisions, what votes has he made that make him unqualified to sit on the city council?

She won’t request a recount, Adelsman said, calling it a waste of time and money.

Her whole campaign was a waste of time and money. She should have known better than to run in the first place, and the fact that she resorted to so many false, negative ads really ruined her chances. I have followed Torrance politics for about ten years, and I have heard from current and former elected officials that negative campaigning is not very effective in Torrance. Most voters want a clean, quiet, peaceful campaign. They don't want raucous mud-slinging and relentless negativity.

In a recent Facebook post, Adelsman thanked her supporters, wished the new council well and said she would continue to “do as much as I can to make Torrance a better place.”

Mattucci will become the first representative of Torrance’s District 5 as the city completes its switch from at-large to by-district elections.

I am not as politick as Aurelio was in his comments to the Daily Breeze (and I do not begrudge his desire for comity.) The truth is that Jean Adelsman lied and deceived the voters in the district. She claimed that Mattucci was trying to defund the police. She claimed that Aurelio Mattucci was taking large donations from developers because he planned to sell out the city and bring in massive housing projects. His voting record over the last four years proves otherwise.

Last of all, and one of the first things I shared with people, Jean advertised herself as a bipartisan pol who wanted to make nice with everyone. The truth is that the she was a rugged, partisan liberal who hated Trump supporters. What kind of city councilwoman could she have been if she had such a marked hatred for people who voted for someone she did not like? Jean Adelsman engaged in non-stop negative campaigning, and thankfully enough voters saw through all of it.

This is a big victory for the city of Torrance during the 2022 election cycle, if not the biggest. So glad that Aurelio pulled this off. The fact that it was a close vote makes the win all the more gratifying, since it means that every volunteer's effort to help him win was crucial, essential, necessary. That kind of imput is very satisfying. It's really gratifying for me because I backed another winning horse, along with the two other candidates elected to city council this year. It's even better for me because so many people defamed me and tried to defame Aurelio Mattucci because I supported him, and he bravely supported me in my bid for State Assembly in 2022. I am glad to see that I can have a positive impact in local politics, along with many other concerned and engaged citizens who wanted the best for the city of Torrance.

What else can I say? This is WINNING on a massive scale! I am so glad to live in the city of Torrance!

Posted by Arthur Christopher Schaper at 8:11 AM