Apparently campaign signs are appearing in the South Bay saying, “Trump Hadley.” It appears that these are being paid for and placed by Assemblyman David Hadley’s election opponent, Al Muratsuchi.

In an earlier letter here, I said Muratsuchi needed to do better than try to link Hadley to Donald Trump in order to win my vote (again). 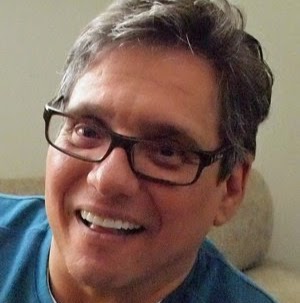 With this stunt, I’ve given up. Muratsuchi has sent two mailers that weren’t Trump-Hadley nonsense. One was a list of platitudes and the other listed his support from the always staunchly Democratic local public unions. Color me unimpressed.

Based purely on the underhanded politics that are sullying this campaign, this lifetime Democrat is crossing party lines for this race.

I’m infuriated that cheap stunts like this are a part of this election.

I invite other local citizens — regardless of party affiliation — to take a stand and let candidates and their consultants know that this kind of nonsense isn’t welcome in the South Bay, in any race, ever.

How does that feel, Al? But I already told the fired former Assemblyman that the South Bay does not want Al Muratsuchi back in the state assembly.

What can one say? Politicians who treat the voters like idiots and their opponents like the dregs of humanity can expect nothing less than derision and contempt from South Bay citizens.

Another Democrat wrote the Daily Breeze that she will be voting for David Hadley, too!

As a lifelong Democrat, I will vote for David Hadley to represent me in the state Assembly.

David has earned my vote because his actions demonstrate his love of the South Bay, where he and his family have lived for 20 years. He knows what is important to us.

I am appreciative of the civil asset forfeiture law he wrote — signed by Gov. Jerry Brown — that makes it illegal for police to take property from citizens until and unless they receive a criminal conviction.

David has also earned the support of Redondo Beach Democratic Mayor Steve Aspel and many independents because he works well with both sides.

He is a good man and does not support Donald Trump’s bid for the presidency.