Who ELSE is Behind La Raza Hate in Torrance? Douglas Kauffman

Here are some photos of one of the protesters:

Here's his picture up close: 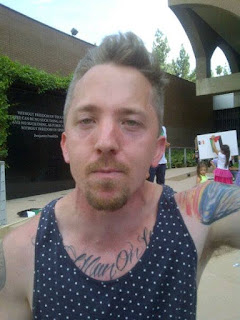 
This is the pro-palestinian angry man. He took Dylan's Israel flag and my phone.

And someone took Johnnie Maul's phone!

Could it be the same person?!

Now, who is this guy? 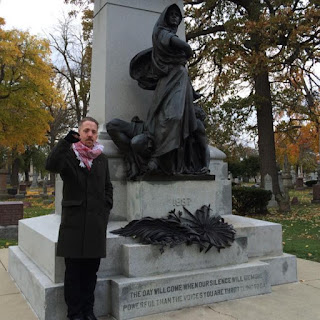 Here's another picture on his page: 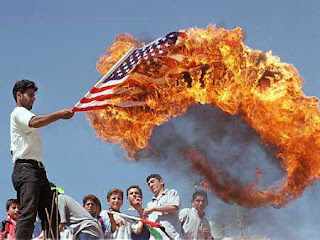 Now this is just shameful.

He has so many freedoms in this country, and all he wants to do is bring down the United States?

Here's a video of the above hate-monger threatening Tressy Capps and her friends in 2014--along with their vocal participation in a "Free Palestine" event.

Here is the same thug  Doug Kauffman in a red shirt on September 25th: 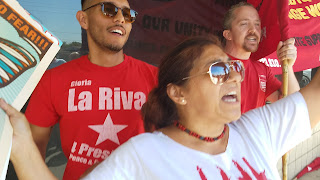 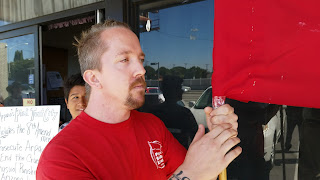 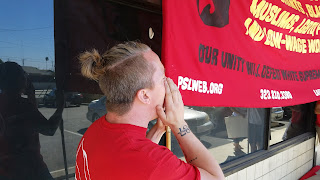 Here is the entire video of this man's criminal conduct:

Here's a closer picture on his terrible actions: 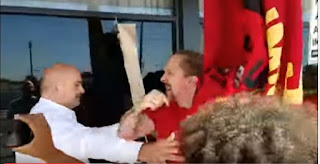 These La Raza thugs are hate-mongers, pure and simple.

They disregard the rights for men and women to peacefully assemble.

All of this is wrong, abusive, and criminal.

They need to be exposed. Their shame should be released to the entire world!

Shame on Douglas Kauffman! He has turned into the very fascist he claims to protest!
Posted by Arthur Christopher Schaper at 6:52 PM