The King of Illinois, About to Be Dethroned?

With all the bad news circulating throughout the United States, I received this email from the Illinois Republican Party: 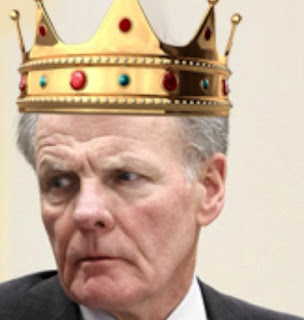 We finally have Madigan where we want him. That’s right, Speaker Mike Madigan’s time may be coming to an end at the hands of voters and patriots like you.

How can that be?

It was just announced yesterday that Madigan is suspending his campaign for Speaker of the Illinois House because he cannot get to the 60 vote threshold he needs to retain his position of power.

After Illinois Republicans flipped four seats in the House, defeated the progressive income tax, defended Congressman Rodney Davis, and defeated a Madigan lackey on the Illinois Supreme Court for the first time in state history - House Democrats are finally beginning to realize that Madigan must go.

Our electoral victories in 2020 - powered by YOU - are forcing Madigan’s hand.

But, WE CANNOT LET UP! 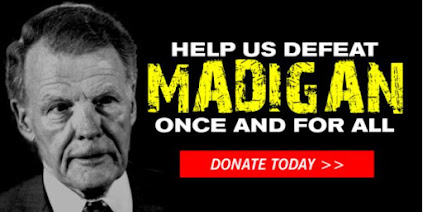 Madigan has suspended his campaign but he is still in the running for Speaker. He is simply waiting until other candidates cannot get to 60 votes and then will resume his quest to retain power. We must keep the pressure up. Will you help us do that?

We need your help to defeat Madigan once and for all.

Michael Madigan has been "The King of Illinois" for decades.

He is the chairman of the state Democratic Party. He calls the shots in both legislative chambers and across the aisle. He withstood numerous attempts by the previous Republican Governor to reform Illinois--and of course, that RINO ended up caving on every issue that mattered.

The state of Illinois is in worse straits than even California. Their bonds, their debt is in such disarray, one has to wonder if they have any chance of surviving. Every public sector union imaginable holds all the cards and all the power in the state, and they have more power than the state government itself.

The mechanics of governing have become so corrupted, so bankrupted, that people are fleeing the state of Illinois in massive droves. I wouldn't be surprised if towns in Tennessee, for example, have more residents from Illinois than natives from Tennessee at this point.

It's getting really sad in that state. They can't continue to tax and oppress people forever. At some people, the people push back and shout "ENOUGH!"

Now, who knows what will happen next. Will Madigan still be able to peel off enough support if more candidates jump into the fray to run for Speaker of the State Assembly?

Who knows. I find it particularly interesting, certainly, that Republicans in Illinois were able to sweep up four seats in the state Assembly, and they were able to push back on Madigan puppets on the state Supreme Court. As the post above suggests, Democrats in Springfield are starting to realize that they can't hope to hold onto power much longer with Madigan at the helm. For perspective, Madigan has been the Speaker of the Illinois State Assembly since 1983! He was out of power only two years since then. The state of Illinois has continued to go to hell since then.

Will this be the end of the King of Illinois? Will he finally be dethroned, with hope down the line for more responsive government to come?

Posted by Arthur Christopher Schaper at 7:41 AM