Their latest target? The Hobby Lobby Corporation, which has informed its work force that the company will stay open, because the owners of the company trust God and His goodness in the midst of the Coronavirus problem in the United States.

Here's the letter from Hobby Lobby: 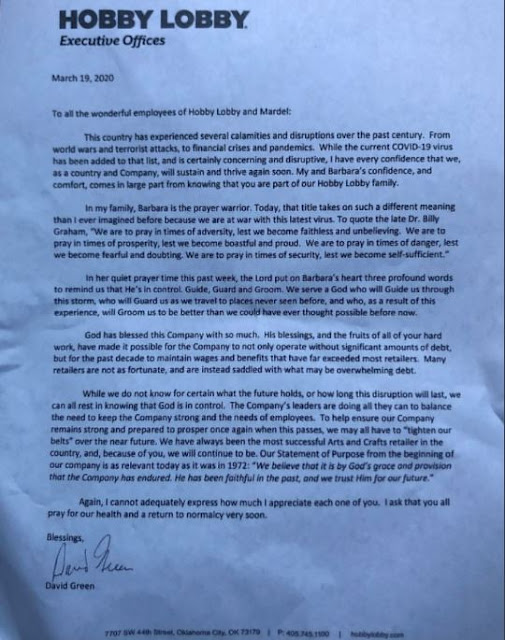 Instead of minding the business and well-being of their readers (then again, if they did that, they would have shut down their website right away), Queerty went on the attack:

As more and more major retailers across the nation temporarily close their doors in an effort to protect their employees’ health and control the spread of coronavirus, Christian crafting superstore Hobby Lobby is conducting business as usual.

Last week, Hobby Lobby managers received a memo from CEO David Green informing them that all stores must remain open because his wife, Barbara, who he describes as a “prayer warrior,” spoke to God and he told her he’s got everything under control.

“In her quiet prayer time this past week, the Lord put on Barbara’s heart three profound words to remind us that He’s in control,” Green wrote. “Guide, Guard, and Groom.”

The evangelical billionaire’s letter continued: “We serve a God who will Guide us through this storm, who will Guard us as we travel to places never seen before, and who, as a result of this experience, will Groom us to be better than we could have ever thought possible before now.”

For all the talk about "Love is Love" and "Love Trumps Hate," pro-gay magazines and LGBT websites demonstrate a great deal of bitterness and hostility. Why so much hurt and harm for people of faith?

Like some of the lawmakers in California, homosexual activists and their corrupting allies believe that faith, religious sentiment, and Biblical truth are hateful and harmful because they do not condone homosexual conduct and transgenderism. The truth is, however, that there is nothing more loving than announcing the truth to individuals, so that they may be set free. It's not hate to speak the truth. It is hate to denigrate others and undermine their natural rights and dignity before God.

Homosexual conduct is not dignified, and it undermines the dignity of those who engage in the conduct. Of course, this unfettered hatred from the LGBT should suprise no one:

"For the wrath of God is revealed from heaven against all ungodliness and unrighteousness of men, who hold the truth in unrighteousness;" (Romans 1:18)

Hobby Lobby's owners are choosing to walk by faith, not by sight (2 Corinthians 5:7). I commend them for their bold decision to continue operations as much as possible, and that they are rejected the fearful, hysterical counsel of a world gone mad. 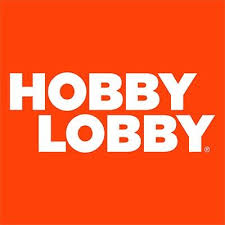 If Queerty insists on shaming businesses that wish to provide goods and services to others, they may end up like GayStarNews, which was forced to close down last year for lack of views, reviews, and thus revenues!