The chatter is going fast and furious throughout the conservative blogosphere: Why did anti-Establishment President Trump endorse Luther Strange for the Alabama US Senate race? The former Alabama Attorney General was appointed to replace Jeff Sessions by the moral challenged and politically toxic Governor Richard Bentley in large part because Strange was going to investigate campaign violations connected with Bentley's mistress in the governor's mansion. 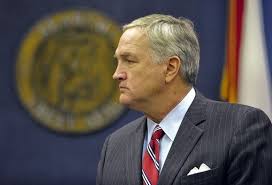 Strange assured everyone that he was not investigating Bentley; therefore, there was no conflict of interest. That statement was later proven to be false when the next attorney general took over and found that Strange's office was looking into financial and legal misconduct in the governor's office. The swamp is strong with the Alabama Republican Establishment!

This Strange guy is bad news. He is a puppet of the Chamber of Commerce, as the Big Business Lobby has been pouring in millions of dollars to make sure that Big Spending Strange wins the next general election in his own right.

Then question arises once again: why did Trump endorse Strange instead of conservative Congressman Mo Brooks or Judge Roy Moore? Perhaps personal reasons, like the fact that Brooks was not a firm Trump supporter, nor did he champion the New York City based front-runner during the primary season last year (I know that I was not a burning Trump supporter until a month after the final set of primaries ended in June). 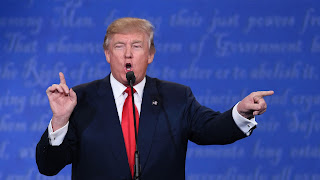 Is this really a personal thing, though? Is Trump showing an inartful attempt at the art of the deal? Is he getting bad advice, as suggested by Congressman Louie Gohmert?

Another idea suggests that protecting Strange and ensuring his victory will discourage other expensive primary challeenges in the other GOP-held seats. Jeff Flake and Dean Heller are already underwater against their respective challengers, which can complicate GOP changes of gaining seats following the Election 2018 map. Does the RNC and Trump-affiliated PACs want to throw precious campaign dollars into safe red seats when there are at least 10 winnable US Senate races currently held by Democrats?

Bill Mitchell has an interesting argument, although an idea which does little to justify this political blunder:

Trump needs #leverage with McConnell to get #TaxReform. He doesn't need leverage with voters to elect Moore. Trump goes for the leverage.
— Bill Mitchell (@mitchellvii) September 22, 2017

This line of thinking makes some sense.

If Trump went out of his way and threw his support behind one of the conservative challenges, he would have further poisoned the pool of comity with the United States Senate leadership. His relationship with McConnell is icy at best, and to foment further ill will would ruin just about everything else. 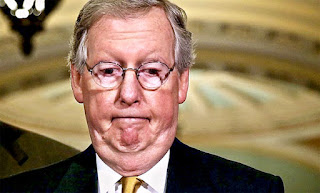 In a way, this kind of thinking seems to be playing out. Currently, Trump has announced rallies in Alabama, but does not mention Strange, and he left out the US Senate candidate's name. At one point earlier this week, Trump meekly acknowledged he may have made a mistake about Strange. He then added that he would fight for Moore if he won the primary.

This calculation makes the most sense. Most US Senate colleagues in particular, and federal officials in general, will not endorse a primary challenge. It's just unbecoming, especially since the elected officials are still working together. This special election in Alabama has been exceptional in that regard, though, since Congressional members are all lining up behind Roy Moore. Pro-Family and other conservative PACs are supporting Moore, too, which means money is coming in.

Reviewing the options before Trump, he could not sit out the race and say nothing. If he had endorsed Strange's challenger, and then Strange would win, Trump would have even less power and influence in the upper chamber than he already has. Key US Senators are already lining up to oppose his agenda (McCain, Murkowski, Collins, and to a lesser extent Heller, Corker, and Flake). He can't afford to fan the flames of anti-Trump rebellion.

So, Trump's best option (though not that great to begin with) was to line up behind Strange, however tepidly that he could. 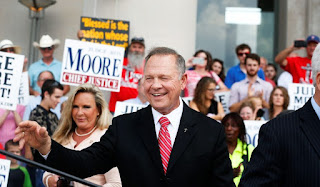 Despite Trump's endorsement, let's hope that the Trump supporters get our final wish: Roy Moore winning the run-off then trouncing the fledgling Democrat in the December General election. We need a fellow disrupter in the United States Senate who will accomplish the most conservative outcomes possible and further drain the swamp!