Still the only book covering this crucial subject that no one wants to discuss. 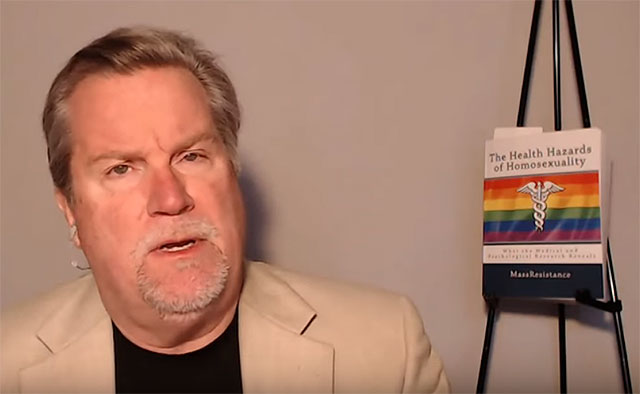 Cliff Kincaid, a prominent national conservative activist and founder of America's Survival,prepares to interview Dr. Paul Church on a special show about the MassResistance book The Health Hazards of Homosexuality.
It’s the subject that no one on the Left wants to talk about – and most conservatives are afraid to talk about. But it’s one which must be talked about.
Our groundbreaking MassResistance book, The Health Hazards of Homosexuality,is really getting people’s attention. This month the book was endorsed by two more prominent physicians,  Dr. Michelle Cretella, president of the American College of Pediatricians, and Dr. John Diggs, a prominent internist in Massachusetts. The book also continues to be endorsed by prominent pro-family leaders across the country and discussed in conservative media.
Most important, the book fills a huge void that the medical establishment, the mainstream media, and the popular culture refuse to address. The book documents the vast and shocking medical and psychological health problems surrounding LGBT behavior that are rarely discussed, but commonplace. It brings together research from widely dispersed sources including the federal Centers for Disease Control, medical professional groups, published medical research, media reports, and even LGBT medical groups – and presents it for the reader in clear layman’s terms.
Moreover, it is a tool and information source that is sorely needed by the average person confronted by the overwhelming and aggressive LGBT agenda throughout society.
Physicians recommend the book because it is virtually the only exhaustive compendium available, taken from unimpeachable sources. Moreover, it deals with the fallout from LGBT behaviors as a public health issue.
Activists see the book as the crucial missing piece for parents and citizens confronted by all the school programs, media propaganda, government mandates, corporate intimidation, and everything else that the LGBT agenda controls and pushes. Despite all the media propaganda, the actual scientific data shows that the LGBT lifestyle is anything but stable and healthy.

When it comes to the topic of sexual health, our youth have the distinction of being among the most lied-to generation. For this reason alone, The Health Hazards of Homosexuality should be required reading for all health professionals, educators, legislators, graduate students, and parents. Mr. Camenker and his research team are to be congratulated on this tour de force.
This book makes hard-to-find information available to the public. That was also my goal when I wrote a widely distributed monograph on this topic 15 years ago. MassResistance has outdone my short paper by a factor of 10 in terms of depth and breadth. They have woven an irrefutable tapestry of medical data and history which should open the eyes of lay persons.
The medical “establishment” has been all too silent on its duty to inform and alert the public to these dangers, as its ranks have become infiltrated by homosexual activists and its policy makers preoccupied with political correctness more than protecting the public welfare… This is an excellent go-to reference for those seeking accurate, truthful information on the health risks of certain sexual behaviors. I commend the authors for their hard work and their concern for the public health, and I recommend this book highly.

Matt Barber, Constitutional Attorney; Co-Founder & General Counsel, Christian Civil Rights Watch (CCRW); founder, BarbWire.com:
What was missing in the national debate on same-sex "marriage"? What is missing now when LGBT curriculum and "gay" clubs in schools are established? The answer: honest discussion of the health risks connected to LGBT identities, lifestyle, and sexual practices. Why has this obvious issue been ignored? Because it is so difficult to confront. The lifestyles and practices are in fact extremely distasteful and unnatural, and no one wants to contemplate them. Furthermore, reliable information on this issue is very hard to find. Thankfully, the research team at MassResistance has pulled this information together for us.
Michael L. Brown, PhD, host, “Line of Fire” radio show; author of A Queer Thing Happened to America; Outlasting the Gay Revolution; and Can You Be Gay and Christian?
Is homosexual practice dangerous? Should sex-change surgery be celebrated? Is it bigoted to warn about the negative consequences of LGBT activism? If you want honest answers to these questions, read this book.
Peter LaBarbera, Americans for Truth about Homosexuality:
If you care about answering the absurd “gay” narrative that God’s design for sex and marriage is “equal” to sexual perversion, buy this book.
​Cliff Kincaid, America's Survival. (He also interviewed Dr. Church on the book.)
[So-called “gay” conservatives] need to read a new 600-page book, The Health Hazards of Homosexuality, published by the pro-family group MassResistance, which explains how homosexuality can make a person susceptible to all kinds of dangerous and life-threatening diseases.
Arthur Goldberg, Co-Director of the American-based Jewish Institute for Global Awareness, (JIFGA):
The breadth and scope of this work is astounding. Because of its publication, our culture can no longer claim ignorance of the health risks and mental or physical consequences of certain homosexual behaviors. This book is so important that it belongs in every library and on the desk of everyone dealing with homosexuality, whether that be a counselor, a clergyman, or a person struggling with the issue. To ignore the material within this comprehensive book imperils the well-being of society.
Dr. Scott Lively, DefendTheFamily.com, pastor, attorney, and author of Redeeming the Rainbow and The Pink Swastika:
One thing I’ve learned in my 30 years of pro-family advocacy is that the more we expose the truth about LGBT lifestyles, the louder they cry foul, hoping our social conditioning about “playing nice” will make us back down … Thankfully, MassResistance cares enough about those trapped in homosexuality — and America’s children at risk of experimenting with these behaviors — to keep telling the hard truth.
Lori Porter, MAT, MBA, Director, Parents' Rights in Education, Oregon:
Schools are threatened with lawsuits if the LGBT agenda is not embraced.  We at Parents' Rights In Education will use your book The Health Hazards of Homosexuality as a reference as we educate parents and school officials of the health dangers of homosexuality —  certainly more significant than using tobacco products!
Linda Harvey, MissionAmerica.com; columnist, WND.com:
The prognosis is grim for those engaged in homosexual behavior or gender rebellious conduct. And Health Hazards is an excellent reference book detailing exactly why and how this is happening. I applaud their hard work and thorough research!

The Sandy Rios in the Morning Show, heard on the American Family Association’s network local radio stations from Maine to California. On Friday, Sept. 15, Sandy interviewed Brian Camenker about the book. 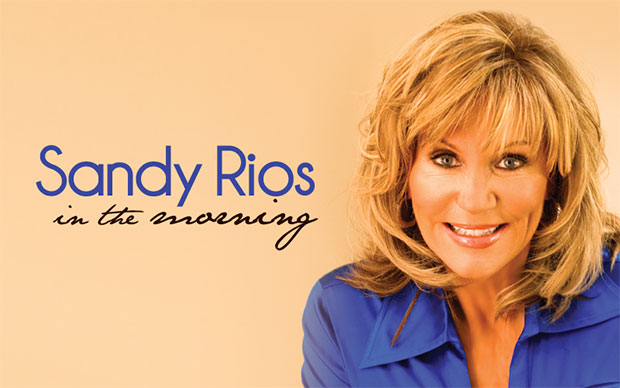 Dr. Michael Brown’s The Line of Fire radio show, heard on the Salem Radio Network across America. Dr. Brown interviewed Brian Camenker about the book. (NOTE: Interview starts at the 25-minute mark),
The Mission America Radio Show, with Linda Harvey, heard locally in Ohio and nationally on the Moody Radio Network. Linda discusses how the book is important for dealing with the LGBT agenda. (3/29/17)
See more reviews and interviews in the conservative media on the book here.

Not yet attacked by LGBT lobby …

Interestingly, the book has yet not been attacked by the LGBT lobby, though that may be coming soon. Of course, some of the most damaging information in the book is taken from LGBT medical groups and other LGBT sources. To publicly bring up these issues documented in the book would likely open up a debate that they’d rather not have.
ORDER THE BOOK HERE
Read excerpts from the book.