No More RINO Redux! Judge Roy Moore for US Senate! 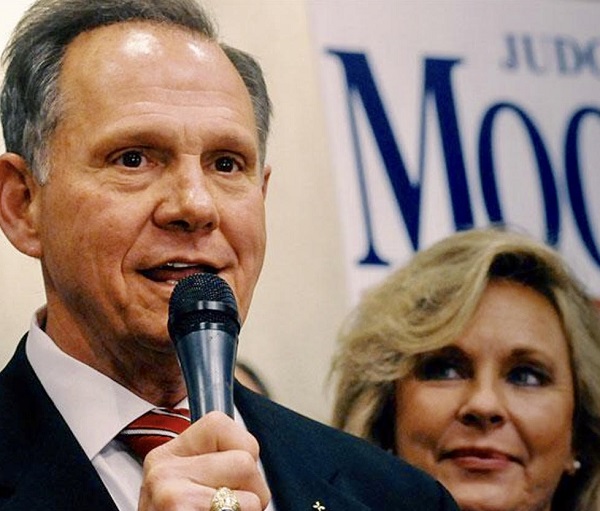 Unless you’ve been under a rock for the past six months, you’re aware that Alabama is once again the site of a civil war.  This time it is a fight for the soul of the Republican Party, and it is being played out in the run-off primary election between conservative jurist Roy Moore and scandal-plagued Washington lobbyist Luther Strange.
It’s a war between the corrupt old guard of the party controlled by Mitch McConnell and his ilk, and the conservative voters who SHOULD be in control of the party.
The voters who time after time vote for politicians who campaign as conservatives, then govern as gutless liberals, breaking every promise they ever made, offering one excuse after another for why they didn’t do what they said they would, whether that is repeal Obamacare, build the Wall, or defund Planned Parenthood.

But those corrupt, deal-cutting liberal Republicans have their candidate, too, in Luther Strange, a man so thoroughly under Mitch McConnell’s thumb there’s nothing left to see of his Abe Lincoln-sized frame.  They are pulling out all the stops to try to drag their corrupt lobbyist across the line first.  Right now their candidate is losing in every poll, thank God above, but the lead has withered to within the margin of error.

In three days we will know who wins.  PLEASE HELP US FIGHT THEM IN THESE FINAL 72 HOURS!  Click HERE to donate.

The liberal wing of the Republican Party has outspent Judge Moore by a factor of more than 20 to 1.  They have assaulted the eyes and ears and the mailboxes of Alabama’s voters with a non-stop barrage of garbage and lies about Judge Moore, a Vietnam veteran and distinguished and principled jurist who twice served as the Chief Justice of Alabama’s Supreme Court.

And they did it on behalf of a scandal-plagued lobbyist who landed his current job as payback for his attempted cover-up of former Governor Bentley’s extra-marital affairs and stealing from the campaign kitty (and yes, he was convicted).  It’s Washington corruption, Alabama style.  Little surprise that Strange’s close associates call him "Big Luther," Alabama’s version of the New York mafia’s "Fat Tony Salerno" and "Vinnie the Knife."

You and I can stop that.  We can keep it from happening, but we have to do some very important things between now and Tuesday’s election.  Mostly what we need from you is prayer and financial support.
You pray on your knees.  You donate HERE.

We have come close to knocking off a Washington swamp monster with a down home conservative so many times, only to have it slip from our grasp at the last minute.  I nearly cried when RINO Senator Arlen Specter beat conservative challenger Pat Toomey with only 50.2% of the vote in Pennsylvania.
Pat Toomey led in every one of the last 12 polls conducted in that Republican Senate Primary.  Similar to Judge Moore he led by an average of 7.3% in those polls.  That’s a few more points than Judge Moore leads by in most polls.

With Toomey ahead in the polls, the Washington lobbyists, fat cat money men, sitting Republican President, and squishy Republican leadership spent millions at the last minute to kill Toomey off to save what was left of Arlen Specter’s career.  And it worked.  Specter got just enough votes to continue business as usual in D.C.  The last few thousand votes did the trick.
And that Senate Primary election is what gave us ObamaCare, because Specter proved to be the 60th and deciding vote!  And now we cannot even muster 50 votes to repeal ObamaCare because those same squishies made sure RINO John McCain defeated his conservative challenger (Dr. Kelli Ward) in Arizona!

We conservatives can’t ever let that happen to us again.  We are so close, and Judge Moore is SO what we need right now.  They already hate the man, and he hasn’t even gotten started yet!

You can help get Judge Moore across the finish line HERE >>

One of my good friends made a $1,000 contribution the other day, and sent a short note.  He said, "If Judge Moore gets in, it will be worth the entertainment value alone just watching how mad Mitch and his cronies get every time Roy humiliates them at a press conference, mocking them and destroying their endless excuses for caving in."

That may have motivated my friend, and I certainly understand how frustrated he is with our failed, STUPID Republican leadership.  But I am not in this for the entertainment value.  I am in it to change the future for those Americans who come next.  I’m trying to save what is left of this country before it’s too late.  Before imported terrorist refugees and illegal alien invaders and Bernie Sanders Socialists and ultra-liberal communist university professors drive our culture and our financial stability further into the dirt.

The good news is we already paid for our ads (broadcast on fourteen stations across Alabama), the Franklin Graham mailer, and the Mo Brooks mailer.  The bad news is we MUST now match the establishment in its "Get Out The Vote (GOTV) effort" and that starts with funding the last minute ad blitz, telephone calls, and door-to-door canvassing that comprise our pro-Roy Moore GOTV effort.

That money has to come from me and you.  Big Luther’s gonna get the lobbyists and the millionaires.  Roy Moore has you and me.  I have worked countless hours on the ground here in Alabama because I believe in this country and I believe in this man.

If you believe in him as well, please make one final donation to this effort as we near the end of this race.

In three more days, it will be too late to do anything to help.  The die will be cast.  And either this seat will go to a principled constitutional conservative who knows what it means to take an oath and believe it, or it will fall, as so many others have before it, to a scandal-plagued professional lobbyist, and slowly sink into the Potomac Swamp.

I don’t think I have ever seen a race where your timely contribution could do as much good as this one, at this time.  Please send what you can.  Do it today.  And do it HERE. 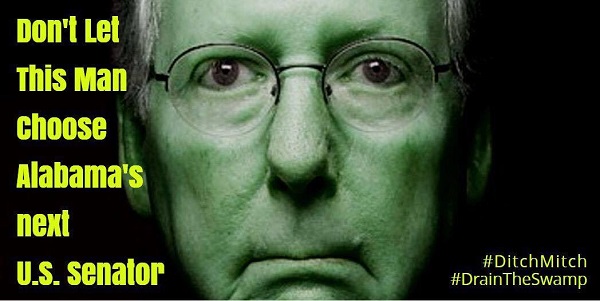 Thank you for being a part of our online community at Breitbart.com. You are receiving this email because you signed up to receive emails from Breitbart.com, which include special messages from our partners like this one. It’s important to us that you’re receiving information that’s relevant and important to you, which is why we work with partners to send special offers that might be of interest to you. If you wish to no longer receive emails from Breitbart.com, you can unsubscribe here.