The Democratic Party is in total free fall.

The brand of liberalism, which has actually turned into fascist, progressive leftism has left a bad taste in everyone's mouth.

Nobody wants this anti-liberty movement to succeed in any way. It is completely shameful and disgraceful that The Democratic Party has invested more time and energy in squelching the rights of citizens and promoting illegal aliens.

They want to do away with the First Amendment. They want to reject, suppress the Judeo-Christian moral and work ethic on which this country is based.

Keith Ellison is a virulent, Islamic radical. He has connections to terrorist groups. His racist affiliations were so disturbing, that liberal Democrat Alan Dershowitz affirmed that if Ellison became the DNC Chairman, he would quit the Democratic Party.

It looks as though there are more reasons for individual voters to quit that party entirely.

Check out their latest, tepid attempt to raise money:


The part that stands out? The 50-State strategy!

The previous President chased the Democratic Party out of the supermajority of states throughout the union. 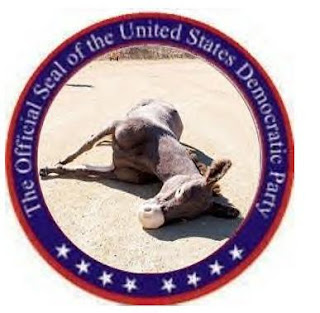 Republicans have taken over 26 states with GOP trifectas. Democrats control only 4 states, and those states are struggling to hang on. They are deeply in debt, everyone is fleeing, and the chances of the Democratic Party having any legacy to stand on is slim to none.

The very idea that Democrats are going to find some way to compete in the vast majority of jurisdictions is just laughable.
Posted by Arthur Christopher Schaper at 9:11 PM