Has every interest group in the state of California lost its mind?!

This is beyond outrageous.

Prop 14 has been the death knell of partisan politics in the state of California. There is no clear confrontation of ideas or world-views anymore. Candidates no longer discuss any vision of the future for the state. 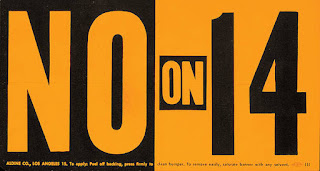 What's worse, the Top Two candidates can hail from the same political party, which will either force the candidate to abandon the principles on which they ran for public office, or they ended up depending on Third House, special interest money.

Both outcomes are hurting voters, taxpayers, average citizens in this state, and we just cannot stand this any longer.

First, a clutch of former Republican leaders issued two letters--with their fancy signatures at the bottom of the letter--urging the delegates to support and to fight for Prop 14 to stay in place.

Now an anti-tax association is begging for the same untenable outcome!

I contacted the Committee, and I got in touch with Lew Uhler directly!

Here were his comments:

"If a Democrat is going to be inevitably elected, why not have a choice between a progressive and one who will periodically vote sanely for tax reform, business oriented objectives, etc? That is a very important  and positive power to retain Prop 13."

I shared my concerns about this. Of all the races where there were two Democrats in the Top Two, and the winning candidate was more pro-business than the other, it would the State Senate District 7 race.

That is the only one I could think of, and there was a great deal of political wheeling and dealing going on in that race, since "Republican" Catharine Baker had won Assembly District 16 in 2014, and the California Republican leadership was the most worried about Steve Glazer, mayor of Orinda, running again, that time against Baker, and knocking her out in 2016. So, the 2015 special election would have a non-entity Republican run at the last minute, pull out and endorse Glazer, and then the labor unions would blow their money backing the Big Labor puppet Susan Bonilla.

Well ... Glazer was the one Democrat who voted against raising the gas tax, but then the Democratic Party head honchos simply bribed term-limited Anthony Canella to vote to raise our gas taxes instead. This kind of political thinking has NOT prevented tax increases.

Lew Uhler complimented my take on my concerns with Prop 14. He could tell that I had offered a thorough and rational response to scrapping Top Two.

I don't know what to say. For the conservatives in this state to just roll over and work with the further limited, decrepit approach to governance is all wrong. Two letters to Keep Top Two have pointed their angry fingers at the Labor Unions--and they should!

Has it ever occured to any one of them, though, that the power of forced unionism is slowly but surely facing immanent demise? The United States Supreme Court will no doubt strike down forced unionism, which will cut off the money train for the Democratic Party all over the state.

Instead of accommodating the terrible political environment in California, how about registering more voters? How about working with grassroots activists and local activist groups to fight against the corruption of city hall? What we are seeing is a slow-moving capitulation, in which the Republican Party leaders are just giving away every little bit of the store that remains.

Such a lack of courage is just too painful to sit by and allow. 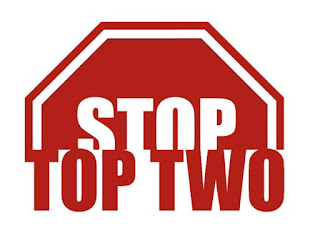 I am all the more resolved that we must get rid of the Jungle Primary.

We need to allow third party candidates to run in elections. We need to expand and affirm the voter franchise for all Californians. Think about it! The Democratic Party of California is fraying at the seems. You can be sure that at the violent, expensive Dem-on-Dem fights would still take place, but at the primary stage rather than during the general election. I have endured three elections in which I did not vote for a candidate at all. I had to watch two left-wing Democrats, neither of which had any interest in listening to people of a completely different political persuasion, vie against each to replace Lyin' Ted Lieu.

Political parties, and thus the individual partisans, have lost all power while special interests, not guided by principles but profit, step in and  scoop up one of the candidates--or worse, buy up both sides of the aisle!

Third Party candidates can also take away votes from left-wing or Democratic candidates, thus ensuring Republican candidates a better shot at winning the general election! Consider in the state of Maine. Paul LePage became Governor of the Pine Tree State with 37% of the vote. Then he won re-election in 2014 with 44% of the vote! 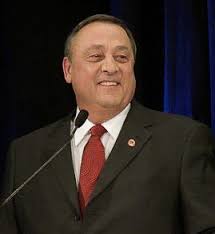 The state has gone from blue to purplish-red in 8 years because of sound economic and security policies, all enacted through Governor LePage's leadership.

As long as Prop 14 holds sway, we lose any shot at statewide races, especially since more sound minds are telling me that there will not be one Republican contending for any constitutional office. Those outcomes are just scary to me. The whole process has been ruined for voters. We just cannot allow this to happen!

Sorry, Lew--I respect your candor and honor for keeping our taxes low, and I see the concerns from long-time politicos, but the fact is that we need to fight harder not lie down and accept the consequences before us. How about we spend more time changing polls rather than following them? How about we talk about the art of the impossible, and not just work with the resources of what could be?

The reasoning in this latest last gasp to save Prop 13 by holding onto Prop 14 is not right. We need to fight not take flight.
Posted by Arthur Christopher Schaper at 5:49 PM