Professional Sports Take a Knee and Take a Dive

Last week, I was getting my car tuned for a long road trip.

The car shop owner told his buddies how fed up he was with the politicking that has taken over the NFL. "I just want to watch the game. I don't want to hear the politics. I want to see them play."

Exactly, and that's about as political as most Americans want to get.

Yet for the past 8 years under Barack Obama, everything was politicized. Marriage, life, the role of the government, the basic services of the military--Obama forced his perverse, anti-American agenda onto this country. 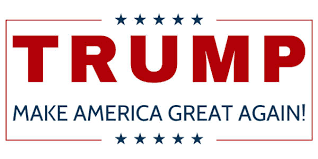 Thank God for Trump, and thank God for him calling out the hateful rhetoric of the professional sports leagues.

Now that their guy Obama is out of office, and now that they see that the Democratic Party has no real chance of regaining political power in Congress for the foreseeable future, they have resorted to their anti-Trump, anti-American temper tantrums in the public square and in every major facet of American culture.

They are losing. Do they not realize that politics may be a zero-sum game, but in the private sector, including the entertainment industries, we have even more power as individual consumers? We don't have to watch sports programs, LeBron James and Stephen Curry! If you want to dishonor our President, fine, but we do not have to wait for the next election cycle to let you know how we feel. We can just turn the television off and watch your franchise go down the tubes.

The NFL Commissioner Roger Goddell is fighting back against President Trump, claiming that the President has no right to comment on what the players do--or refuse to do--during the national anthem. Actually, the President has every right to signal his displeasure with the disrespectful professional athletes who have overstayed their welcome in the country's national political discourse. Just because they are celebrities does not mean that we need to hear what they think on contentious issues of the day. In many cases, they have too little insight or information to share. They have confused their past honored popularity with cultural authority. They have none. In fact, when President Trump signals that the football players should be fired, he is voicing the frustration that many have toward these professional elitist entertainers. His outrage goes after Hollywood and Academia, too, not just professional sports.

While Colin Kaepernick wants to take a knee because of the supposed injustices of the criminal justice system--as if he would event know--President Trump and the vast majority of Americans, even those men and women in otherwise overwhelmingly Democratic states, are taking a knee to these elitist groups and taking their business elsewhere.

Of course, President Trump's visible opposition to this disrespect has only lead to major sports franchises doubling down on their disrespect to the American flag. The entire Pittsburgh Steelers team has refused to leave the locker room, so that no one stands or kneels during the National Anthem.

Baseball players are now following in the dissimulation.

Keep it up, liberal academics, professional athletes, and celebrities. The more that you rage against the President, dishonor our flag, and disregard this country, the more irrelevant you make yourselves, and the more that we will win the fight to Make America Great Again!