Facebook Shuts Down "News the Media Won't Show You"

Facebook has gone on an anti-conservative rampage for the past six months, but they have been targeting and limiting conservative for  much longer.

Tina Siegert, a friend and fighter for the conservative cause, has been reporting on important events which benefit freedom-loving American citizens, even though the mainstream media continues to seek every method to suppress stories which do not fit a narrative. 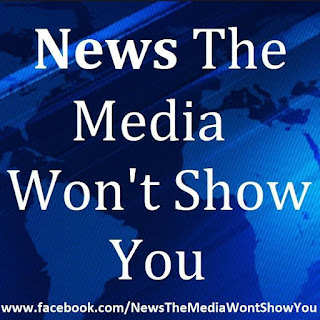 Now, it looks as if Facebook is trying to make sure that Siegert can't share the news that they won't show -- with anyone!

I have received the following texts from her and her supporters for the past two weeks.

The Orwellian censorship is deeply disturbing:

This is Tina Siegert with News The Media Won't Show You. I am being blocked from sharing news or even posting comments and photos to all groups. Facebook is allowing me to share to our Page my personal wall but I can't share to my group News The Media Won't Show You or any other groups. I post 50 to 100 news stories daily and share with many conservative groups. I have been posting more in Pamela Geller's group because of her being banned from posting for 30 days and now they've targeted me.

The message I get that pops up doesn't even say why or for how long. Can you guys please write articles or get on the radio about this. So many are losing their accounts, having their Pages and Groups taken down. Journalist Joe Newby and I keep being targeted. He has written about this multiple times. He is an Admin in our News group as well. We need all of you to light this up and make it viral. if you're on radio, put the clip in YouTube with the heading showing what it is,  like, Facebook Knocking off conservatives, blocking from posting news and deleting accounts and groups. We are all being picked off. I have 1 friend who has been kicked off over 20 times. It could be you next. We all need to stick together and stand up to be 1 large voice. Ask other journalists and radio hosts you know in email, on here etc. to write & talk about this. We are a loud voice if we all work together. If you want me to go on the air and talk about it, I will and I'm sure Joe and Pamela will as well. God Bless.

The messages continued to pour in from Tina and her supporters.

Here was an immediate response from one of Tina's many supporters:

This is exactly what happened to me last month on the very day I buried my mom and I wasn't even online and hadn't been for days! NO explanation given just a 30 day n including on messenger.

I have faced this similar frustration. I then had to write to one of the administrators for them to stop preventing me from sharing key content.

Very frustrating. No one some conservatives want to have nothing to do with Facebook!

Mine doesn't even show how many days. We are small voices when we do a story or show here and there. If we all work together at the same time doing stories on this and also putting links to each other's stories, radio segments, together, we can make a difference and reach more people and possibly a bigger conservative person who can help.

We can all work together to put pressure on the Facebook administrators, Shame them into doing the right thing, and let the right speak for themselves.

Diane Sori wrote a story about this Facebook persecution of conservatives. Here is the link to read more.

As most of you know I have not been on Facebook for quite some time and for two reasons...first, I was out of town for over a month dealing with the final weeks of my mom's life and her most horrific of deaths. I wrote about this in a two-part series on this, my blog 'The Patriot Factor,' entitled 'The Battle Between God and Medicine' which you can read by clicking these links here and here for parts one and two respectively.

And second, while dealing with my mom's impending death and the aftermath...and I do want to thank those personal Facebook friends who stood by me and helped me through this most difficult of times...the Facebook powers-that-be once again banned me for a post I did NOT...I repeat...NOT... post. Facebook's reason given...I was one of the admin/editors on the site it (the post in question was a meme) was posted on and as such I should have done my due diligence and taken it down.

The double standard gets worse.

Apparently, another page with the same name as Tina's had opened up, and Facebook did nothing to stop it:

Well, that's another thing. I just found out the other day a liberal made a Page called the exact same name as ours 4 months ago and somehow Facebook allowed them our Page name. I sent this to my group and Admins to let them know. Well, I figured out why so many liberals, Muslims and socialists are trying to join our news group. Someone went and made a liberal Page with our name this past Feb. and somehow got 87,000 likes on their page! HOW DOES THAT HAPPEN? Then on the link they took out the word "the" https://www.facebook.com/MediaWontShowYou

Two weeks later, the same crap is still going on:

Tina Siegert
>:( Well, I figured since I can't post to my group, I'd start adding the 250 people asking for friendship requests. When I add people as a friend, I tell them about our group. They have blocked me from giving people the information. I have a feeling I don't have much longer on facebook. I really need someone that knows how to make a news website like Drudge Report.

This needs to stop!

Pamela Geller faced a block-out because her website exposes the destructive core of Islam. The media outreach was incredible, and the backlash insurmountable.

Another friend of mine in the East Los Angeles region was posting his points of view about stopping neo-cons and their destructive foreign policy agenda. He got into a Facebook-commentary fight with detractors, and he lost control of his Facebook page for a few hours.

Left-wing fanactics rely on similar tactics to join, Friend, and then complain ad nauseum about conservative pages to get them shut down. That's what happened to Rhode Island state representative Mike W. Chippendale in 2014. Read  more here.

Just because a news group on Facebook does not have multimedia or multi-national reach does not mean that the media giants can pick on them and get away with it!

As we are learning more and more, the Left cannot win the arguments, and their lies to cheat and steal the vote are getting exposed. Their last remaining tactic is to silence all debate and refute the First Amendment.

PLEASE share this information far and wide! This exclusive is more news which the media will not share with you, or with anyone else.