The thousands of illegal alien residents who were supposed to profit from Governor Brown's immoral DREAM Act ... are not using the money at all.

Why? They are still rightfully fearful of being deported.

Legitimacy is essential to all things.

Anyone who lives in this country must do so legally.

This is not a hard concept, and the state of California should stop enticing more illegal aliens with these ridiculous, piecemeal proposals!

Thousands inDream Act grants being left on the table

Undocumented college students are leaving a wealth of unspent aid money on the table five years after the passage of the landmark California law that provides those immigrants grants for higher education. Student Paola Mora is pictured here. (Courtesy photo)

Undocumented college students are leaving a wealth of unspent aid money on the table five years after the passage of the landmark California law that provides those immigrants grants for higher education.
ARRGH! Let's cut the crap, please! They are not "undocumented immigrants." They are illegal aliens.
Yes, human beings can be illegal, if their status is illegal, based on unlawful presence.
The California Dream Act made them eligible for several kinds of grants to attend community colleges, California State Universities, the University of California and some private campuses. But the euphoria among advocates that accompanied the law’s passage has been dampened by the reality that the state-funded Cal Grant portion of the aid is reaching far fewer undocumented students than originally envisioned, particularly at community colleges.
Silly liberals. College is for American kids, for citizens, for men and women who obey the law, who follow the rules, who regard this country with honor, not error.
A variety of bureaucratic hurdles, along with students’ personal money problems, confusion about rules and fears of government, are causing students to not tap their Dream Act Cal Grants, according to officials and students.
Personal money problems! Ha! Ha! How about living in the country legally?
I have no compassion for the parents who put their children in harm's way like this. We need to control our borders and demand legal restraint and process.
At this time, I favor a necessary pause in immigration, until we can sort out the necessary reforms to ensure the rule of law.
About a third of the overall awards went unused last year, even after careful vetting of applicants for low income, high school grades and other eligibility factors. Making matters worse, nearly half of the Cal Grants awarded for community college costs were left on the table, as millions of state dollars earmarked for immigrant students went unspent. UC and CSU had better records.
American students need those awards. They belong to those who respect the rule of law.
Community colleges are overwhelmed as it is. When will people get it though their thick heads that we need to stop enabling this nonsense?
PROBLEM WORSE AT COMMUNITY COLLEGES
Lupita Cortez Alcalá, executive director of the California Student Aid Commission, said she was “not comfortable” with the participation rates in the Dreamer grants at community colleges in particular.
“Of course we are concerned about those numbers,” she said, “and we want more students who are awarded those grants to use them for their higher education.”
I am not comfortable with illegal aliens getting taxpayer grant  money for college. How about that?!
She said efforts are underway to reach out to more students and community colleges to learn why young people — many of whom were brought to the U.S. as small children — are bypassing the aid. The agency, which administers Cal Grants, wants to solve any communication and payment problems, she said.
The state of California needs to stop government by sob-story. Secure the border, protect our rights, and ensuring enforcement of the law.
One contributing factor is that these undocumented students are not eligible for federal grants and loans; so the California aid — even bolstered by waivers of community college fees and other grants for UC and Cal State students — may not be enough to cover total expenses, including food, housing and books. As a result, some students abandon college and instead take full-time jobs, forgoing the Cal grants, which range for full-time students from $1,656 a year at community colleges to $12,240 at UC.
The cost of college is already high, and these Illegal Alien grants are making it worse.
A recent survey by the California Student Aid Commission found that some students who did not take the aid blamed high costs of living in the state. In other cases, the reason was less about hardship than communication: many students in the survey reported they had not known of the Cal Grant offers despite what commission officials say were numerous attempts to contact them. A significant number enrolled at community colleges anyway, getting fee waivers but not the Cal Grants, which require more information to qualify, such as high school grades. The colleges contend this shows they are helping these students as much as possible and that the commission’s statewide rules for verifying and distributing the Cal Grants are partly at fault for the low number of takers.
The high cost of living? Boo-Hoo! The only ones who should be complaining about the high cost of anything in this state are the legal residents--you know, the people who work hard and play by the rules, from birth to death.

The same people who are trying to work a forty-hour week and earn enough money to care for their own children and provide for a better life for their future.
These arrogant illegals: "It costs so much to live here." There is an easy solution to this mess, of course.
*Channeling Sam Kinison* -- LEAVE!!!!!
Some students say some community colleges are themselves confused about how to administer the program and put up needless barriers. Problems arise as schools seek to verify data in some applications as required by the aid commission.
FEAR OF DEPORTATION
David Rojas Torres, who is in his second year at Santa Monica College, said he was unable to get his Cal Grant funds because the college wanted, among other things, copies of his parents’ tax returns. His parents are undocumented themselves and filed late. They then became nervous that handing over the paperwork might trigger an immigration status review or even deportation, even though the Student Aid Commission insists that no information is shared with immigration authorities.
Ha! Ha! You cannot escape the rule of law! Shame on all of you!
“I was a little bit frightened. What if I was doing something wrong? What would happen to me and my parents?” recalled Rojas Torres, who was brought to the U.S. from Mexico at age 2 and has temporary protection from deportation under the Obama administration’s federal Deferred Action for Childhood Arrivals policy. So while he wound up getting the separate fee waiver, he stopped pursuing the $1,656 Cal Grant and took a cashier job to pay for books and other expenses.

I would like to deport President Obama. Who's with me? The Democratic Party has never been interested in solving the immigration problems. They enjoy fostering hatred, class strife, and even. They love exploiting illegal aliens and allowing their pandering political leaders take advantage of them and then turn on them once Democrats win their next election.
Secure the border. Americans have dreams which need to be honored. We are DREAMers too!
The work, he said, “is cutting down on my study time.” He said he thinks that some other students were so exasperated by bureaucracy that they decided to drop out.
Poor illegal alien! Tough! 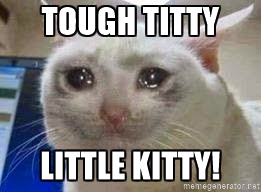 
EdSource is an independent, nonprofit organization whose mission is to engage Californians on key education challenges. Read more at www.edsource.org.
Final Reflection
Shame on the whole lot of them.
Shame on the state of California's Democratic regime for encouraging this utter lawlessness.
Instead of helping to solve problems, they have merely created more.
We really do need a wall, and the only beautiful door which should be open should be for the legal residents trying to make it in this world
The state of California needs to be turned up and over, with something better put in place for the legal residents.
For Californians, for the true DREAMERS.
Also, notice that pervasive element of entitlement and intolerance.
The large number of illegals mentioned and quoted in the article above care about themselves. Thet act as though the state of California and the residents who pay the taxes should be accommodating them.
That is very offensive.
At one time, I was so pressed to find a way to help those illegal alien youth who were brought here illegally.
Enough!
Our nation, our state must focus on border integrity and the rule of law. We need to put the needs of Americans FIRST!