The Huntington Park City Council has plenty to worry about.

Of course, the worst of it is that the city council approved the appointment of two illegal aliens to the two city commissions. The illegals must go.

Then they placed me under arrest for no reason, they have thrown out other members of the audience in the past for no reason. They have also routinely prevented men and women from entering the city council chambers. Then add to this list of problems the corrupt practices of certain police officers in the department, plus the arrogant stonewalling of the City Clerk's office, and we have the perfect recipe for a sh--thole city. Huntington Park is turning into an overrun, cartel-ridden ghetto, filled with illegal aliens and undocumented politicians.

Now they are closing off further reaches of city hall, blocking men and women from using the bathroom on the Second Floor! 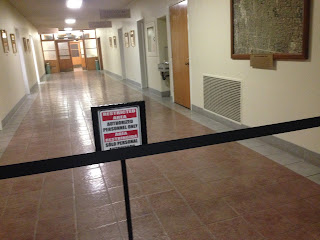 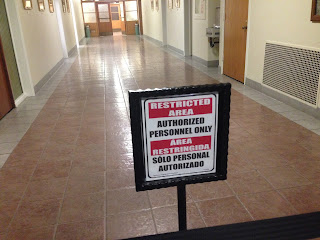 There are two bathrooms located on the second floor. The city council is going out of its way to shut people out from attending the meeting.

They even reserved a whole bunch of seats from meeting to meeting, only allowing general audience members to seat in the last two rows of the city council. There are broken chairs which have not been fixed, too.

The Huntington Park City Council is going to every length available to shut out the public. Of course, with a crushing multi-million dollar debt, crime rates skyrocketing, plus the diminished quality of life because of third-world illegal immigration, should anyone be surprised by the thuggocracy which has become the city council?
Posted by Arthur Christopher Schaper at 10:51 AM