Statement to Torrance USD School Board 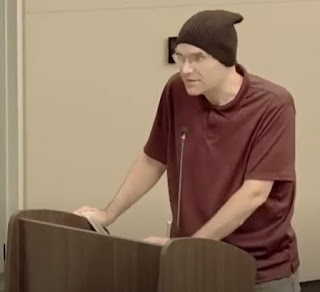 Finally, the masks have come off … the students. But the sinister plot that allowed this systemic child abuse to continue unabated has not been dealt with properly. Until the Torrance School Board issues a firm resolution to disregard these outrageous mandates in the future, and passes a “mask and vaccine choice” regime, the students and parents in this district will have no assurance that their children’s health will remain safe and free from unwanted mandates.

I have received more calls and complaints from parents in the district, this time from Hull Middle School. Mrs. Shawnda Leander is pushing her own version of Critical Racist Theory, saying hateful things like “mostly all white people are bad, except for me of course” and “All black people are good.” Such broad statements are true testimonies to systemic racism in our schools. It’s not in our kids, it’s not in people’s skin color. Frankly, where do these teachers get these terrible ideas from in the first place? That needs to be investigated.

While many parents have been rightfully outraged with the unconscionable health mandates imposed on their children, they are now shifting their focus back to the divisive and inaccurate curriculum and viewpoint discrimination taking place in Torrance classrooms. I have already shared with this board about teachers promoting hate groups like Black Lives Matter and the Human Rights Campaign, dedicated to normalizing political violence and sexual perversion on impressionable minds trapped in classrooms as a captive audience. When will these practices cease? Schools should be safe spaces, yes, for ALL students, not just a select group or one viewpoint.

To this day, I have not year hear from Director Ben Egan or Superintendent Stowe regarding the new policies that will ensure that schools, staff, and district personnel will no longer misuse school and school district labels and logos to push a personal or political agenda, and especially at the expense or in spite of the concern or disagreement of students or parents. When will this policy be made public, Dr. Egan and Dr. Stowe?

Trustee Gerson contacted me after the previous meeting regarding the current relationship between the California and the National School Boards Associations. I understand that the voting member from the NSBA has had their voting status stripped. That move is not enough. There is no rectifying the fact that NSBA issued a letter to Joe Biden urging him to direct the Department of Justice to investigate and prosecute parents who were merely exercising their First Amendment rights in school board meeetings across the country. The NSBA referred to righteously outraged parents as “domestic terrorists” simply because they wanted to protect their children from Critical Racist Theory and LGBT indoctrination in the classroom, along with the unhealthy health mandates.

There is no excuse for any organization defaming parents as “domestic terrorists” for doing their jobs to protect their children. I am urging this board, this board’s CSBA representative to press for the California School Board Association’s complete disaffiliation with the NSBA. This is not a partisan matter, since red and blue states have disaffiliated from that terrible organization. MassResistance assisted parents with pressuring three state school boards associations from leaving the NSBA this year already.

Last of all, I hope that all parents in Torrance Unified, as well as across the state of California, understand that the fight is not over when it comes to ensure that their local school boards remain accountable to them. Ending the mask mandates was one step, but now more than ever it’s time for curricular and personnel oversight like never before.