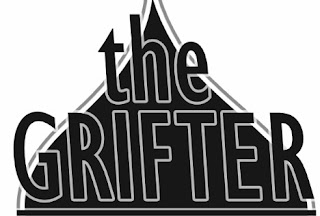 This is a blog post I have not wanted to write, but now is the time to confront this lingering problem in California politics, both generally and specifically.

California has some of the most obnoxious, obscene, and incendiary politicians in the country. The state also has a large bevy of wealthy donors who are ready to spend lavishly on candidates and causes. The media personnel and infrastructure is also quite considerable in the state of California.

Therefore, it's no surprise that the consultant class, or consultant lobby loves propping up puppet-like minority candidates to run against flaming liberals and destructive progressive Congressmen.

Some of the most outrageous politicians in California include:

1. Nancy Pelosi, who is the current Speaker of the House

2. Maxine Waters, the current chairman of the House Banking Committee

3. Adam Schiff, the current chairman of the House Intelligence Committee

4. Ted Lieu, who has developed a considerable pro-file on social media, and tweeted much more than President Trump had ever done.

These politicians are widely and understandably loathed by people across the country. They are famous for being politically and morally infamous. People want them out!

However, the four Congressmen above represent some of the safest Democratic districts in the United States, not just in California. As of now, for a Republican to run against these incumbents to knock them out of office, it's pretty much a fool's errand. I hate to admit this, but we have seen one galvanizing Republican after another run against these evil Congressmen, and the Republicans often get 20 to 35% of the vote in each general election.

The districts are too blue, too brain-dead to consider an alternative the current incumbents and their rampant failures. Only another Democrat, with more money and more support from progressive political activists, would have any chance or removing those incumbents right now.

So, why did I bother giving this initial sob story about the current California political scene?

Because we need to understand the source of The Grift.

What is "The Grift," anyway? Well, generally speaking, to grift is

engage in petty or small-scale swindling.

In the realm of political campaigns, grifting occurs when candidates put off this big message that they are "in it to win" a race against an entrenched incumbent or score a victory, when in reality they just want to rake in as much cash as they can to pay for expensive frills and perks, much of which has nothing to do with winning the race. In fact, because most of those races are all but impossible for the candidate to win, most people don't pay close attention to where all the money goes. 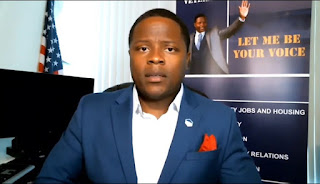 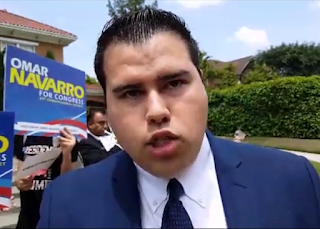 And now we look at Joe Collins and Omar Navarro.

These two candidates ran for Congress against Maxine Waters, one of the most horrific, ugly, unbearable, insufferable Congressmen in Washington, DC. She is widely loathed, hated, despised, the epitome of arrogant stupidity.

She is just plain terrible, just awful, and she awakens such antipathies in voters. People all over the country want her out of office, and they are more than happy to send all kinds of donations to support whoever is running against her.

Then you have Omar Navarro and Joe Collins. These guys have spent campaign donations on plane trips to lavish events with famous conservatives to take photos with them. They use the campaign donations for nice hotel stays, uber rides, and other fancy things.

They also cut themselves, their families, and most importantly their consultants, campaign managers, and treasurers handsome checks.

Yes, candidates can draw a salary on their campaign cash. Did you not know that?

But the consultants who prop up these candidates stand to make big money off these campaign warchests, too. It's an obscene amount of money that these campaign staffers rake in!

So, there you have it: these campaigns are nothing but a full-on grift.

Omar Navarro has run for Congress in the 43rd Congressional District a record FOUR TIMES. In 2018, when he ran a second time and raised massive amounts of money following from his massive media presence on Fox News, InfoWars, the Gateway Pundit, etc.

Well, he goes where the consultants tell him to go. That's what he shared with some local candidates in the South Bay a few weeks ago, in fact!

The campaign consultants who prop up these candidates get big money from all the donations. In some cases, they can get as much as 70% of the campaign donations! Most people donate to a campaign because they think they are helping to fund the candidate's efforts to get the word out about his run for office. People donate because they want to help pay for lawn signs, flyers, radio ads, etc.

Most of the money goes to fees and frills, nothing more.

It's a full-on grift, and neither one of these candidates deserves anyone's support.