Update On My Health: The Love of the Father Produces Divine Health 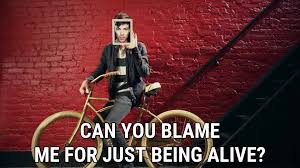 It's been about two months since my stroke, transient ischemic attack, and the attending health issues which had accompanied this crazy spell.

The most frustrating aspect of it all occured two days after I had the stroke. I thought that the medical issues, the medicine issues, had all been taken care of. Then, Sunday morning, 12:30am to be precise, I felt numbness along the left side of my body as well as urinary pain.

I went to the nearest emergency room, where I waited for five hours before a bed was finally freed up for me. Then I received a new medication, then I was shipped back to Kaiser a second time. I was really unhappy. I just didn't want to have doctors shooting in the dark giving me another medication, trying this one or that one in their best efforts to get my blood pressure under control.

I had already changed my diet drastically after the May 30th physical, that physical in which my doctor announced: "I have never seen blood pressure numbers that high!" And the numbers only got higher after thirty minutes.

No more diet soda. No more soda at all. That was easy to do, especially because within one day, the tension headaches which I feared the most--never happened. I had a slight headache in the morning on May 31st, but after that, there as no long-term pain, no caffeine withdrawals. That was a miracle in itself.

Then I began changing my eating habits. I had to really think about what it would mean for me to see my weight decrease. At the May 30th physical, I weighed 232 lbs. The textbook weight for someone my size, 6 feet 3 inches, is 200 pounds.

From that day forward, I resolved to make my meals as much as I could. My doctor also told me that consistent weight lost depended more on counting calories, and not just on exercise. That's a mistake which seems to catch a lot of people off guard. No matter how much exercise someone works into one's daily life, nothing facilitates weight loss like taking in fewer calories per day.

The fact is that I was eating too much, in that I did not need to eat as much as I was eating, From there, I just stayed away from fast food for good. One time, when I was really hunger, did I eat out, but even then I spread out the meal over three different meal periods.

When it comes to ensure weight loss, I just resolved to eat less.

Something deeper has taken place in my life, and thank Christ Jesus, for the deeper revelation of His love for me. That's what it really comes down to. It's not enough to change the outside. We need to let God change us on the inside.

This verse came up a number of times when I was pondering how I was going to get back into trimmer weight:

"Love not the world, neither the things that are in the world. If any man love the world, the love of the Father is not in him." (1 John 2:15) 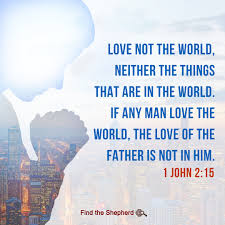 "Lust of the flesh" includes excessive drinking, eating, or any other perverse pursuit of pleasure.

I was eating food that tasted good, even when I was not hungry. I was drinking an excessive amount of diet soda, when there as no need for doing so.

What is the antidote to excessive eating, drinking, etc.? You need to let the love of the Father in? His love more than suffices. The more that I realized how much God as Father loved me, the less desire there was to eat sweets.

Pastor Prince offered a wonderful mini-sermon on dieting, too:

I had pretty much lost touch with what it means to feel hungry. Most people just eat because it's "Time to Eat." How about getting out of this mundane habit. Instead, let's eat because we are hungry.

"Honor feeling full." Another great concept. What does it feel like to know that you have eaten enough, and therefore don't have to eat anymore? Basic ideas, but worth getting in touch with.

These are the divine principles that have helped me to lose weight steadily, in a healthy fashion.

There are shorts and pants that I am wearing now that I could not wear for ten years. I have a suit, full jacket and slacks, that I was not able to wear for 15 years, but I am not able to wear. This is a great feeling!

As for my blood pressure, the numbers began to get steadily lower from June 10th, onward. The medications assigned to me were much more effective. One of the pills, Amlopadine, has a slow onset but lasts throughout the day. My BP numbers began to go down steadily. The other medication I take, Lizonpril and HCTZ, is a combination of two medications. Finally, the doctors working as a team were able to establish a solid medicine program.

I was also losing weight, and that helps lower blood pressure numbers, too. At one point, about a week after getting a solid, stable medicine regimen, I began feeling faint in the head from time to time. I would see white spots, and sometimes darker spots. On a Thursday, I tried to give blood at the local Red Cross in Torrance, and when they read my blood pressure, it came up 96/60!

That is really low! For someone my size, that's a little too low! The nurses on site suggested that I not give blood at this time, and I am glad they did. I ended up walking home that day, and I was so tired, to light-headed, I ended up resting the rest of the day.

Now that I was losing weight, now that I was taking meds, I faced the risk of having too low blood pressure! This was an going problem or me when I started exercising. I began jogging as well as walking, and after a rigorous one-hour routine, I would feel light-headed again!

This was too much. I contacted my doctor, and we arranged for me to have another appointment. When I met with him again, he was really impressed to see how much weight I was losing. He agreed that I should stop taking the Amlodapine, but just hold onto the remaining pills just in case my blood pressure started increasing again.

From that point on, I have continued losing the extra fat, eating only when I am hungry, and avoiding processed foods. As of now, I have had a consistently solid, healthy BP in 110-115/70-75 range.

Very good! Some mornings, I wake up with a diastolic pressure in the low to mid 60s, which is also really good!

So, how's my health? I am resting more in the love of my Father for me, and He has produced in me divine health. I no longer have a desire to run off and eat sweets. I have less and less of a taste for sugary foods. I have been eating more fruits and vegetables, and I have really acquired a taste for these and other natural foods, too.

I cannot tell you how many times I had struggled with my weight. I began praying to God for wisdom on how to deal with the extra weight on me for a long time. Finally, I submitted, willing to accept that I had to change what I was thinking, what I was believing. Now that I am lighter than I used to be, I enjoy running and walking more than I had before. The incentive of feeling lighter, fitting in more of clothes, outweighs whatever pleasure I got from eating sugary goods.

It feels so good to finally have lower weight across the board! It's even better to have a mind and heart that are transformed, so that the cravings internally are gone. It's no find to rely on your own strength. It's better to receive and keep receiving God's grace. Once the inside changes, then the outside can change without much effort.

I feel stronger and healthier now than I did when I was 28 years old. I weigh less now than I did in college, even in high school, since I was 6 feet 3 inches when I graduated my senior year, but I never weighed less than 220 lbs.

My health is doing well, but this health depended on a more important soul prosperity, which has been rolling in stronger than ever! 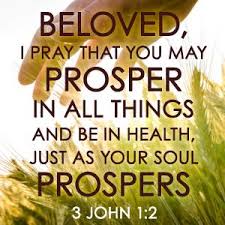 "Beloved, I wish above all things that thou mayest prosper and be in health, even as thy soul prospereth." (3 John 2)