In other words, she is a threat to everything that is Left. 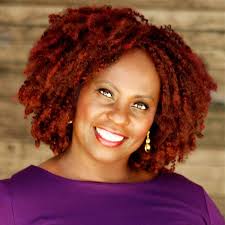 Recently, she wrote boldly against the LGBT Agenda, and the harms which it has waged on black Americans in particular, as well as the delusion it has visited on Christians and other conservatives who have fallen for "Live and Let Live".

We cannot live if those who are dying insist on living their own destructive ways while forcing us to accept them.

Here, Mrs. Husar called out the basic problem with the #WalkAway Movement, headed by openly gay Brandon Straka, who says that the fight for marriage and life is lost and over within the conservative movement. There is no conservatism, there is no constitutionalism without faith, family, and freedom. LGBT is militantly opposing all of this.

She also correctly points out that LGBT is attacking the black community, savaging its civil rights legacy. All of this is wrong. Manhood is under assault as it is, especially among black families where fathers have been drawn away by welfarism, poverty, and violence.

I hear so much about "Black Lives Matter." When will we see signs that read "Black FATHERS Matter"? How about "Black Marriages Matter" or "Black Families Matter"?!

Thank you, Shirley, for taking a bold stance against the distractions of a movement and the destruction of an agenda.

I am reproducing her bold statement in fully. MAY HER TRIBE INCREASE!

To Who It May Concern,

I have been Republican since I've been able to vote. I didn't need to take a red pill and I didn't need to walk away.
Black families are torn apart by liberal progressive agendas hidden in a cloak of conservatism. The African American community are always the people that are targeted and used as a civil rights template for different causes throughout America history.
The gay community is destroying the Black community. The Black man is emasculated and targeted as a poster boy for the LGBTQ etc..... community. They parade black men in dresses at award shows and defame them from football athletes from scholarships.
The #Walkaway movement has elements and lifestyles that are against my religion. This year marks the 400th anniversary of African Americans in this country: 1619 to 2019--A contribution of Life, a sacrifice of family, a dedication to existence. Urban Game Changers is where I'm focusing my energy on. UGC holding elected officials accountable as well as ourselves. This year's theme: Black families on the verge of Extinction, Black communities are targeted and used. 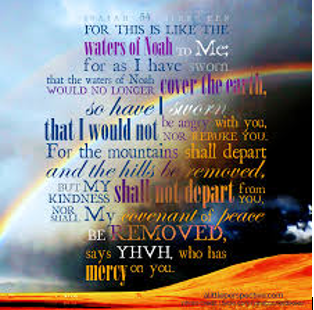 I do think it's sad when Christians who know the word of God support the gay and lesbian transgender etc....... community the way that they do. That community is down the road the darkness towards pedophilia and making it normal.
Too bad many of you don't even see that. So again I'm not walking away or taking any red pill. I'm standing for justice truth and the American way. I have always been a Republican I don't have to prove that to anyone. These people are plants of distraction, they raise money and they take time and space and in the end what do we get out of it? 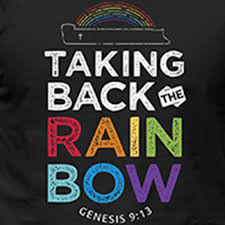 We don't have to be part of any causes or effects that are against our moral principles and belief.  Political activist  need to stop being reactive to polarize platforms that happened positions as front-runners for the conservative cause instead we should continue to be proactive and be the one to lead, to fight to have your own platform and align with people who agree with the same platforms that you have in place yourself. By doing this you become an urban game-changer and your community. Do not cast your pearls before the swine, for that is where the Swamp People live.
Posted by Arthur Christopher Schaper at 11:44 AM