Wisconsin has turned into one of the most partisan battlegrounds in the United States. From its complete Republican takeover during the Tea Party Wave of 2010 until today, a conservative resurgence has secured a number of victories.

The LGBT agenda, however, has not stopped fighting aggressively to push its agenda in the Dairy State, once known as the birthplace of progressivism.

The LGBT Agenda has been setting its sights on this state for a long time, to be sure, and they hoped that the upcoming Wisconsin Supreme Court race would solidify their chances.

But fortune smiled on the pro-family movement in Wisconsin. Despite the best efforts of left-wing groups, including funds from former Attorney General Eric Holder’s PAC and other outside influences, conservative pro-family judge Brian Hagedorn won a nail-biting election to serve as another member of the Wisconsin State Supreme Court. 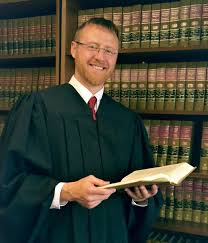 Most of the mainstream media has written basic reports on this event, citing the fact that Hagedorn was a considerable underdog in the race.
·         He was outspent 3-to-1.
·         He depended predominantly on grassroots support and conservative radio broadcasting to get his message out.
·         The Blue Wave resurgence is growing to beat back Republican advances in key states since Election 2018 and Democrats secured some key victories last year.
But there’s more to the story, including the perverse attempts from rabid LGBT ideologues to discredit him, drain him of campaign funding, and shut down his chances at winning.
In February, the Milwaukee Journal-Sentinel reported:
MADISON - State appeals court Judge Brian Hagedorn on Monday defended law school era blog posts characterizing the overturning of an anti-sodomy law as a basis to legalize bestiality and calling Planned Parenthood a wicked organization
Hagedorn, who is seeking a seat on the state Supreme Court, said criticism over the blog posts and calls for promises to recuse himself on cases involving Planned Parenthood and same-sex relationships are attacks on his evangelical Christian views.
"If you have ever been a Catholic or Christian of various stripes you’re going to get attacked for your faith," Hagedorn said in an interview with WTAQ's John Muir, a conservative radio show host. "I think it's unfortunate and that’s not the way things are supposed to be."

In another article the same month, the Milwaukee Journal-Sentinel then reported:
MADISON - State Supreme Court candidate Brian Hagedorn received more than $3,000 over three years for giving speeches to a legal organization that has supported criminalizing sodomy and sterilizing transgender people.
Hagedorn, a judge on the state Court of Appeals, gave speeches in 2015, 2016 and 2017 to Alliance Defending Freedom, earning more than $1,000 each time, according to his campaign and his filings with ethics regulators. Last year, the group covered at least $50 in travel expenses for him for a speaking engagement, according to Hagedorn's campaign.
Alliance Defending Freedom is a Christian legal organization based in Arizona that handles high-profile cases. It represented a Colorado baker who refused to decorate a wedding cake for a gay couple and unsuccessfully challenged a Wisconsin law that allowed gay couples to form domestic partnerships.
As expected, the headline refers to the Alliance Defending Freedom as a “hate group”. These revelations seemed like a lop-sided, concerted attack on one candidate.
Then another article slammed him for helping found a private school with explicit expectations on sexual purity and moral relationships:
Conservative-backed Wisconsin Supreme Court candidate Brian Hagedorn helped found a Christian academy that bans LGBT teachers, students and parents.

The K-8 Augustine Academy in Waukesha County, which Hagedorn and his wife Christina helped found in 2016, employs a code of personal conduct that lists “immoral sexual activity” by teachers, staff, board members, students or their parents as grounds for dismissal. It defines immoral sexual activity as “any form of touching or nudity for the purpose of evoking sexual arousal apart from the context of marriage between one man and one woman.

Failure of a student to abide by the code of moral conduct could result in a student “being required to withdraw from the school.”

Clearly, all of these media hit pieces were a coordinated attack from the liberal media. They were trying to tip the scales of the election for Hagedorn’s liberal challenger. The key line of attack was to paint Brian Hagedorn as an anti-LGBT bigot.
What followed from these “shocking revelations” was unprecedented, yet not necessarily unexpected for conservative candidates:
Realtors revoke endorsement of Supreme Court candidate Brian Hagedorn over school's policy on gay students
Specifically, the realtors justified pulling their endorsement in the following press release:
As a result of recent disclosures regarding past statements and actions by Wisconsin Supreme
Court candidate Brian Hagedorn, the Wisconsin REALTORS® Association has withdrawn its
endorsement of his candidacy. The real estate related issues that served as the basis for our
endorsement have been overshadowed by other, non-real estate related issues – issues with
which we do not want to be associated and that directly conflict with the principles of our
organization and the values of our members.

The Wisconsin Realtors Association operates behind the scenes mostly, but they invest heavily in conservative causes and candidate … until this candidate and campaign. The smear tactics against Hagedorn were not designed to turn off voters … but to scare off donors.

Sadly, those LGBT tacfticsxc worked, and the craven Wisconsin Realtors Association even tried to justify their backing away from supporting Hagedorn:

Recently, the Wisconsin Realtors Association withdrew its endorsement of state Supreme Court candidate Brian Hagedorn, explaining that “recent disclosures regarding past statements and actions” by Hagedorn led to the group's decision.

Here is the WRA statement in its entirety:

“As a result of recent disclosures regarding past statements and actions by Wisconsin Supreme Court candidate Brian Hagedorn, the Wisconsin Realtors Association has withdrawn its endorsement of his candidacy. The real estate related issues that served as the basis for our endorsement have been overshadowed by other, non-real estate related issues — issues with which we do not want to be associated and that directly conflict with the principles of our organization and the values of our members.”

The WRA statement in no way challenges Hagedorn’s Christian faith. It simply says the organization believes that some of the judge’s past statements and actions are in conflict with the values and principles of its members. If WRA’s critics were being honest, they would acknowledge that the WRA has every right to consider Hagedorn’s extensive written record and determine whether those views are intolerant and outside the mainstream of public opinion and that of their members.

Instead, some conservative opinion leaders, including some politicians, have viciously accused the WRA of being “anti-religious zealots.” This is a bogus and cynical claim that is being used to suppress the rights of others to speak freely. No one, including the WRA, is disputing Hagedorn’s right to his beliefs. And no one should dispute the WRA’s right to free speech and association based on its own values and beliefs.

Not anti-religious, but political cowards.

The truth is that the WRA was scared off, intimidated with fear of being labeled “anti-gay” bigots. This chilling effect in the political realm is silencing freedom of speech.

The WRA is not a group of anti-religious zealots or zealots of any kind. The WRA is a trade and business association representing a large membership as diverse as the voting population itself. The group exists exclusively to serve the interests of its members. Period. Sometimes that includes supporting candidates for public office that best represent those interests. That is a right and a choice we are all afforded under the First Amendment. When the WRA determined it could no longer support Judge Hagedorn, that was also its First Amendment right. Especially when you consider that Hagedorn says he stands by everything he has written.

Of course, this watery excuse does not take into account the individual or even the corporate beliefs of the different realtors. Why should individual professionals have to put aside their faith or their recognition of biological fact.

Then they tried to play victim in turn!

Those who continue to attack the WRA or any group or individual that chooses not to support a candidate for any reason are denying their right to free speech and association. Their actions are more likely to force other players off the field than to shame them into the game.

Of course, notice who wrote the Op-Ed:

R.J. Johnson and Deb Jordahl are veteran political consultants for conservative causes and candidates in Wisconsin.

The consultant class in state parties has become extremely powerful. They control large sums of many, and they can intimidate or influence candidates and campaigns to shy away from “divisive” issues like protecting the sanctity of the family.

Hagedorn, however, was unphased and refused to run away from his deeply-held convictions:

The Constitution provides no religious test for public office. Attacks on people of faith have no place in public life. I’ll protect the religious freedom of all people. Stand with me against these shameful attacks.  https://t.co/glecerFyYf
— Judge Brian Hagedorn (@judgehagedorn) February 21, 2019

For decades, MassResistance has warned the public that the LGBT Hate Machine would unsparingly attack and tarnish every person who stood in its way, who stood for natural marriage, parental rights, and the integrity of the family. This is the latest proof confirming our warnings to the pro-family movement as a whole.

Despite these savage bullying tactics from the LGBT Left, however, grassroots activists determined to make sure that Hagedorn won. They stepped in when major donors had backed away, walking door-to-door, informing voters in any way possible.

Then came election night, April 2, 2019—and Hagedorn squeaked by into an incredible victory!
Lessons Learned:

The Pro-Family movement needs to understand that the LGBT Left is out for blood, they are out to win, and they will do anything they can to smear, defame, and shame the opposition. Most pro-family groups and conservative organizations are hoping to find common ground and compromise. They hope that if they play nice and safe, that they will avoid the infamy of vicious LGBT defamation.

But that never works.

When we stand our ground and double down on what is right, what is true, we can win, and win every time.