Payback is a "Cuck": John Turano Gets Massively Shamed for Hateful Remarks at Pro-Israel Rally

Every day, I claim a promise in God's Word:

"No weapon formed against me shall prosper; and every tongue that rises in judgment against me, I condemn. This is my heritage as a servant of the Lord, and my righteousness is of Him." (cf. Isaiah 54: 17)

John Turano, aka Gay Heifer, Gay Cuck Spartan, or Cuck Spartan has harassed me and others in the MAGA Trump Movement. 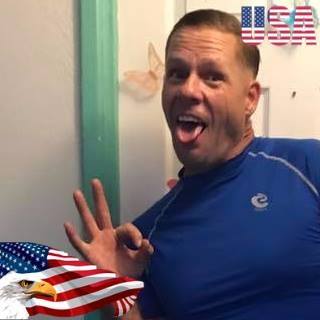 He started following me and others to the Cudahy City council meetings a few months ago. One day, he was shouting obscenities at me and John Willis as we walked to our cars to leave the parking lot.

Then he attacked me at Cal State Fullerton while I was speaking to the college students there during the Free Speech Rally/Protest with Milo.

Finally, he followed us to the November 7, 2017 Huntington Park City Council meeting. He attacked me, Fernando Garcia and his daughter, and he went after John Willis again. From what we gathered, Naui invited him to stir up trouble with the rest of We the People Rising.

Turano hit me a second time, and right then I went to the Huntington Park Police to press charges. The police officers on site assisted me, and I later met with Sergeant Alex Escobar to relate the facts of the case.

Turano has faced increasing disdain and outrage from people across the political spectrum. Trump supporters of all backgrounds want nothing to do with this showman, whom I more bluntly lable "media whore." He was looking for attention, and probably was hoping for easy money and a larger political celebrity.

Nothing has materialized for him, as expected. Fighting for this country cannot be based solely on self-aggrandizement. One need look no further than George Washington, who denounced the very idea of becoming a king, and did not relish being President of the United States. Like the fabled Cincinnatus of the Roman Republic, Washington viewed statecraft as a civic duty, not a career of a pathway to never-ending self-advancement. A free man would leave his field of work, serve in the government, then after his service ended, he would return to his farm to live under the laws he had crafted and enacted.

So, Cuck Spartan, or Gay Heifer, or whatever else we have called him has sought to create trouble wherever he goes. One source informed me that he was molested as a child by his father. Bringing up his father set him off terribly.

Here's one video, edited by Gary Gridall61 Gileno, focusing on Cuck's assault against me and others in the Pro-Immigration enforcement movement:

It did not end as he had hoped. Did he think that I was just going to go out swinging? He wanted a fight, but I wanted a real resolution to this hateful bigotry. With the magic words "Let's see what the police have to say about this," he began walking away. I urged him to follow me to the police station, yet he decided to take off to his car and drive away instead.

I guess he didn't figure that members of We the People Rising were not going to let him get away with abuse!

He is likely facing criminal charges, if the DA does right and presses full to prosecute this guy. The Huntington Police Sergeant are taking care to make sure this goes through as expected.

Yet Turano cannot find a way to stay out of the attention and limelight. This is a desperation which should concern anyone paying attention. It's astonishing the lengths that people will go to for any kind of fame, even infamy.

On December 10, he crashed a pro-Trump, pro-Israel rally across the street from the Federal Building in West Los Angeles. He shouted coarse epithets at the protesters across the street, and even threatened the police in front of us!

Then the next morning, one of my fellow Trump supporters, who had not attended the pro-Israel rally, told me that Cuck Spartan had gone viral for something he had said at the rally. At first, I did not care, since I wanted to spend as little time as possible focusing on that guy.

Then someone on the East Coast told me what had happened. I googled "Five year old terrorist" on Twitter.

And this is what I found:

Twitter do your thing. Identify these people they were calling my 5 year old cousin a terrorist. Thanks pic.twitter.com/gCQuvCXzZD
— Rania (@ryasinn) December 11, 2017


This video went viral on Twitter, showing Cuck Spartan has his daughter Bianca Turano confronted for calling a 5-year old a terrorist.

In a sense, this kind of verbal stupidity is shameful, but the notion that it would have spread like wildfire across the social media sphere seems far-fetched. Let's not forget the fact that Palestinian terrorists and anti-Semites have been training their children to hate Israel, to hate Jews, and to capture Israels and view the Jewish State as an occupation.

Check out this video:

Young children in the West Bank are taught to hate and to kill Jews, Israelis, and Israel.

This is a kindergarten graduation ceremony. Let that sink in.

This is real. This is serious.

Still, to call a 5-year old a "Terrorist" is the height of outrageous behavior and completely unbecoming.

Instead of nasty epithets, I shouted at at the Pro-Palestinians: "Israel's a Jewish State! No such thing as Palestine."

Screaming, yelling, and cursing at people is not wise.

John Turano did not care, though, and showed no reservation calling a 5-year old "terrorist."

The social media backlash has been beyond calculation.

In a sense, this man is getting a just reward for his hateful intolerance to Trump supporters, including me. Payback is a "cuck", isn't it Johnny!

This is the consequence for men and women who want to be famous, and that is their only moral principle for engaging with the public, demonstrating on national or international issues, or protesting elected officials. It's fitting that he has been confronted for his abusive behavior. It is a welcome outcome that he has been so rigidly and ruthlessly shamed for his actions on that day.

I just wish that more people were slamming him, holding him accountable for his abusive behavior towards me, Fernando, and others. This massive media fallout will suffice for now.

Posted by Arthur Christopher Schaper at 10:50 AM