Last night, another Californian contacted me all of a sudden.

He informed me that he was no longer going to support Donald Trump.

He is not supporting Ted Cruz for President!

I was surprised by this change of mind, since he was constantly telling me that I should vote for Donald Trump.

Here is the discussion which took place last night:


Arthur Christopher Schaper
What?
You changed your mind

I am supporting Ted Cruz.

Why have you changed your mind

Trumps Colorado tantrum kinda did it for me. And the Cruz folks are backing me for [office]

"Lyin' Ted" did not lie about Dr. Ben Carson or about Marco Rubio, nor is he stealing delegates.

Unlike the Donald, he simply took time to read up on the delegate rules in different states. 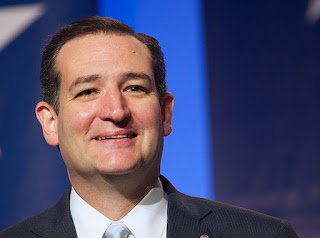 So much for Trump's Art of the Deal.

The Donald's unpresidential behavior is disconcerting. Instead of whining when you lose, you need to fight back--and fighter better--to win. What happens when a candidate who runs on his "Never Losing" streak starts losing?

His loser attitude will only ensure he loses more voters, delegates, and probably the nomination!

I was kinda swayed by Amash's endorsement too.

For the record, Congressman Justin Amash (R-Michigan) is a libertarian who has voted against his own party leadership as well as the liberal Democratic lunacy. He had initially endorsed Rand Paul.


Sarah Palin endorsing him led me to him initially.

I don't know why she did.

A lot of us were made to believe he is a conservative.

I offered that this New Cruz supporter should read what I wrote about Donald Trump last year. Andrew Breitbart called out Donald Trump a few years before his untimely death: "He is not a conservative."

Who indeed is repsonsible for making Donald Trump seem like a conservative?

For now, I am grateful that one more California conservative is no longer stumping for Trump, but choosing to cruise with Ted Cruz!