On the April 23 episode of State of the Union, we talked about: 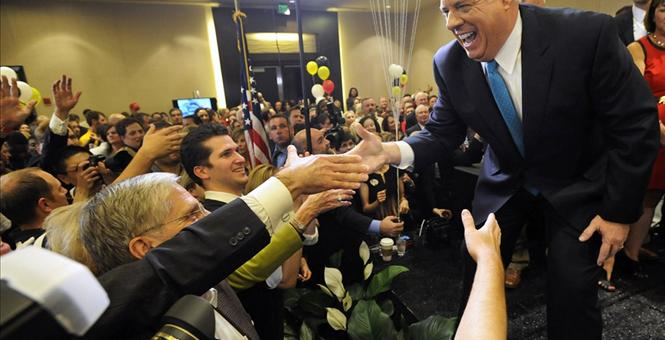 What Hogan did in the Old Line State, no doubt can be accomplished in the Ocean State, and especially in the Golden State, where law-abiding residents are getting tired of a state legislature and county governments paying attention to the needs of Big Government special interests at the expense of everyone else -- especially the businesses, entrepreneurs, and hard working middle and working-class Californians who had moved here or were born here.

2. Marco Rubio, US Senator from Florida, announces his bid for US President in 2016.


Showing real promise in 2010, when elected to the Senate, he began to waffle then pander on key issues, particularly immigration, taxes, and now marriage. Rubio was never on my first or even second list for presidential contenders. His lack of integrity and leadership have all but disqualified him from consideration for me.


3. The Pawtucket Red Sox, otherwise known as the PaxSox, what a taxpayer-backed loan from the state of Rhode Island to fund a new stadium in Providence.

﻿
David Clyde of 990WBOB added that the PawSox' new owners are only interested in pushing the state into a corner and putting the blame on Rhode Island, because secretly the franchise wants to move out of state.


Luis Vargas, political candidate and correspondent, shared his interest in Rubio's campaign, while Zaccaria and Clyde discussed the need for secure borders and pro-American worker policies, before anyone discusses what to do with the illegal aliens in the shadows.

All in all, it was a great show.
Posted by Arthur Christopher Schaper at 7:31 PM