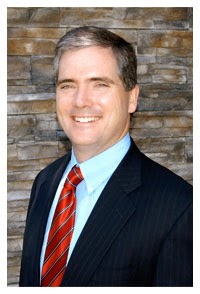 Once again, the local and statewide media pays no attention to the first Republican Assemblyman elected from the South Bay in 22 years.

Yet there is so much worthy of note, that the press has no excuse for ignoring his latest innovative bills.

One Democratic partisan asked me "When are you going to start a "Hadley Watch" blog?"

I am beginning to think that such a venture would not only be worthwhile, but necessary, considering that no one else in the media, whether the LA Times or the Daily Breeze or the Sacramento Bee is paying attention at all.

So, making up for the lack of coverage, here are Assemblyman Hadley's latest educational initiatives, starting with his March 4th Press Release:


SACRAMENTO – Assemblyman David Hadley, R-Torrance, announced at a press conference today that he will be supporting a legislative package to expand local control of South Bay schools, ensure students are better prepared for the workforce, and provide that every student receives a quality education.

“I’m excited to be introducing, co-authoring, and supporting several bills that take important steps to correct some of the inadequacies of our K-12 education system,” said Hadley this morning. “There is a lot of work yet to do, and I expect to introduce additional education legislation in the next month.  I am keeping my promise to work in good faith with the Governor and my colleagues in the Legislature on bipartisan solutions to some of the longstanding problems facing our state.”


﻿﻿Assembly Bill 1048 -- Lifting Reserve Caps on School Districts
One measure Hadley is authoring (Assembly Bill 1048) would repeal a state law passed as part of the 2014-15 state budget that placed a cap on local school district cash reserves.  By limiting what districts can save, current state law increases the likelihood of sudden and painful classroom spending cuts when state funding is reduced in future recessions.

Having spoke with State Senator Ben Allen on this issue, I am aware that many concerned legislators, on both sides of the aisle, are interested in strengthening individual districts' financial capabilities for the future.

Unlike city or even state governments, school boards often budget based on hunches, guesses, and inferences, since their funding flows indirectly from the homeowners and parcel taxes to the state capital, then back to the school district. They do not get the money right away, nor have the clearest knowledge of what they will get. This fiscal instability is inexcusable.

Another measure: Allow active duty members of the military to easily choose which school district to send their kids to regardless of the district in which they geographically reside (Assembly Bill 306).  Military families have special need for this flexibility given the frequency with which they move from base to base in service to our country.  This option will increase the appeal for military families being stationed at the Los Angeles Air Force Base and other bases around California.

State Senate minority leader Bob Huff offered a school choice bill in 2013, which would extend the option currently available to students going to failing schools at a certain level to go to any school they choose. Former chairwoman Carol Liu (whose office was recently raided by the FBI, too!) oversaw the death of this bill in the education committee.

Hadley's approach is piecemeal, granted, but extending choice for one community in California will  open the door of school choice for more kids, families, and communities in the future. Besides, military personnel face specific constraints on their living arrangements as well as their families, and as a matter of efficiency as well as expediency military kids should face no hurdles to enrolling in any school.

Hadley's most ambitious bill, however, enjoys slow yet steady bipartisan support, a major procedural shift which will require a two-year investment to pass:

This bill would facilitate the process of communities of interest, whether entire cities or demarcated sections of a larger municipality, to break away from one school district and form their own.

A summary from the proposal outlines the current, byzantine process to create a  new district:

For one section of a school district to break away, 10% of the voters in the entire district must agree to the process. Good luck with that. On a civic level, the South Bay beach cities try to leave Los Angeles County and form their own county, but had to solicit majority support from the rest of the entire county. Municipalities in poorer or more remote sections of LACO did not want to lose the rich tax base of the South Bay beach cities, so the initiative never had a chance.

There is too much gobbledygook and bureaucratese makes it nearly impossible for any community to reorganize. The latest successful secession and unification, Wiseburn Unified, took over a decade to take place, and only after frequently wrangling with state officials and pandering to local districts inter-connected with Centinela Valley. Wiseburn did break away, finally, but only after heavy concessions.

No community should have to wait so long to form a smaller, more locally controlled, and thus more accountable school district.

What would Hadley's proposed bill change?

The bill would authorize a transfer to be initiated by a petition signed by 10% of the number of qualified electors who voted in the last gubernatorial election and who reside within the boundaries of the proposed district, or by resolution of a local agency, as defined, approved by a majority of its members.

Keep the voting public limited to whomever lives within the proposed district.


(2)  This bill would provide that The California Environmental Quality Act (CEQA) shall not apply to inhabited territory transfers within the boundaries of a single school district for the formation of a new school district within a single county where only existing facilities will be transferred.
Removing environmental roadblocks is essential to streamlining and expediting the creation of new school districts and enhancing local control for all students and parents.
This legislation will particularly assist cities of interest, like Gardena and Lomita, in their quest to becoming autonomous school districts apart from Los Angeles Unified. I further envision elementary school districts like Lawndale, Hawthorne, and Lennox relying on this legislation to break away from Centinela, or aid the final dissolution of that dysfunctional (and corrupt) organization altogether.
Final Thoughts
Assemblyman Hadley's education proposals seek common ground with diverse interests throughout the state of California. Initially, I had hoped that his legislation would have clearly and specifically identified Lomita and Gardena for their own school districts. However, the failure of the legislature, working with LA Mayor Antonio Villaraigosa, to change the leadership structure of Los Angeles Unified in 2005,  demonstrated that proper channels for creating more local, accountable reforms would require general yet clear parameters. Hadley's AB-803 can help Democratic and Republican lawmakers make the case to their respective constituencies for more local control in their school boards.
Removing arbitrary caps and spending reserves and advancing school choice for military families also show a prescient awareness of political realities for Sacramento's conservative lawmakers. Gradual steps with a long-term game plan for victory must be the order for every legislator hoping to invest and create lasting change.


Posted by Arthur Christopher Schaper at 12:09 AM