What is Wrong With Decriminalizing Homosexuality? Answer for Conservatives

I have received this question multiple times from other conservatives. They are pro-life, they are pro-family, and they do not want to cede anymore political territory to the left.

However, when the discussion turns toward what to do about homosexuality, the confrontations emerge: "You think it should be recriminalized? Why not just decriminalize these behaviors? It's not like what people do in the privacy of their own homes affects us.

"What is wrong with decriminalizing homosexuality?"

This is an issue which must be confronted adequately, accurately, and cogently.
First of all, I want the natural rights of all individuals to be respected and honored. Homosexuality and transgenderism are not natural rights, but unnatural acts. They violate the laws of nature and Nature's God, and thus they are an affront to the law of nations.
Under no circumstances would I celebrate or press for individuals in bondage to these behaviors to be thrown off of buildings or hung from cranes. Not at all.
Regarding the executions which take place in Islamic countries, what most people do not realize is that in the many cases in which homosexuals are hanged or thrown off of buildings to their deaths, these executions occur in connection with child abuse or rape. The narrative that those individuals are executed simply for "being gay" is not true.
Now, regarding the matter of liberty ...
There can be no liberty in any country without morality. Review the histories written by ancient Greco-Roman historian Polybius, who described the total breakdown and collapse of Greek city states following the disregard and disruption of natural relations between man and woman.
The state does have a role to play in ensuring public health and public safety.
Private acts do indeed have public consequences. For example, it is wise and good for a nation to criminalize prostitution and incest. Such behaviors are harmful to morale as well as the morale fibers of a community. One could argue that in the vast majority of cases, those behaviors are private, consensual acts. They wreak untold, unintended public consequences--the breakdown of healthy families, the health problems, the conginental and moral defects which ensue from such corrupted beahviors.
The same consequences hold true for homosexuality. Where homosexual acts are permitted and even celebrated, there is a stunning rise in disease, dysfunction, and death. Contrary to the arguments proferred by LGBT activists, indifviduals in bondage to these behaviors suffer high rates of morbidity and mortality due to the nature of the acts themselves, and not from political or cultural persecution. In the most LGBT affirming locales, the suicide and mortaity rights for these behaviors are actually much higher. The lifespan of homosexuals declines by an average of 20%.
Again, most people will contend: "What people do in the privacy of their own homes is none of my business." Paul Johnson, a pre-eminent British historian unveiled to the world one of the most horrendous public conequences which followed the decriminalization of homosexuality in Great Britain. 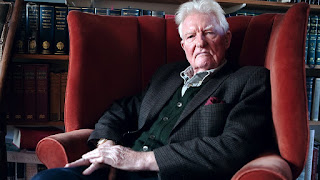 He wrote:
"There were many of us, in the 1960s, who felt that there were grave practical and moral objections to the criminalisation of homosexuality, and who therefore supported, as happened in most Western countries, changes in the law which meant that certain forms of

homosexual behavior ceased to be unlawful.
"We were proved totally mistaken.
"Decriminalisation made it possible for homosexuals to organise openly into a powerful lobby, and it thus became a mere platform from which further demands were launched. Next followed demands for equality, in which homosexuality was officially placed on the same moral level as standard forms of sexuality, and dismissal of identified homosexuals from sensitive positions, for instance in schools, children’s homes, etc., became progressively more difficult. This was followed in turn by demands not merely for equality but privilege." (The Quest for God, pages 28-29)
Homosexual conduct, and the movement which inevitably ensued, was never about "Live and Let Live". It was never about expanding the notion of liberty. Homosexual conduct, and the inevitable lobby which follows, will never cease making more demands for its normalization, acceptance, and celebration at the expense of the natural rights of all.
I have no interest in seeing the Bad Old Days of the sexual license, in which men abused other men for pleasure, diminishing the rights and privileged roles of women and children. This perversity was rampant not just in Ancient Greece, but also in Ancient and even Mediaval Europe and China.
The introduction of Judeo-Chrisitan mores in all domains, including sexual expression, helped foster stable, strong, and prosperous societies. Abandoning these principles is hurting our communities, our country, our culture. When Great Britian colonized Southeast Asia, the instituted this strict ban on immoral acts, which in turn helped those regions to prosper economically and culturally. To be truly progress, a nation, a country must honor natural marriage--one man and one woman.
As for making the arugment that one is arguing for a theocracy by sanctioning homosexuality, one can consider the Republic of Singapore, which is hardly a religious state, yet which has maintained the anti-sodomy statute 377a on its books. No, the Republic of Singapore does not actively enforce that law, but it forestalls all the corrupt perversions which inevitably follow:
Karen Siegmund mentions that we are living in the slippery slope, and I agree--but that does not mean would should settle for the slide and enjoy the perverse ride until our culture, country, and communities collapse.
It's time to push back, to build a big, beautiful wall around the civic order which makes Western Civilization possible.
I would submit that homosexuality should be treated like smoking:
Thank you for your time.
(PS for a more thorough breakdown why sanctioning sodomy is wise public policy, please look over the speech of Dr. Thio Li-Ann of Singapore:
http://aschaper1.blogspot.com/2019/10/bold-speech-against-lgbt-in-favor-of.html
Posted by Arthur Christopher Schaper at 2:08 PM