This is such good news, I had to give the report its own post.

I have been writing at length how the Coronavirus crisis has had a number of silver linings.

Bad actors planning bad events are seeing all their plans come to nothing.

Those bad plans include homosexual events, including gay pride festivals. 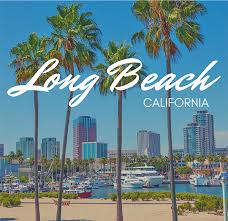 Check out this latest report:

Long Beach postponed its gay pride festival today due to the coronavirus, and announced that its City Council meetings would take place by teleconference starting next week, that it will close city libraries and public facilities and limit access to City Hall.

Robert Garcia, the current mayor, is openly gay, too. I wonder how much it must have bothered him to know that he could not peddle his perversion to the public. Children should never have been forced to witness, to watch such filth in the first place. No city should be giving an audience to such corruption of public morals and decency.

Now, in the interests of public health and safety, local governments like Long Beach had to cancel their Sodomite Shame parade, too.

The 37th annual Gay Pride Festival, which brings thousands of people together is close proximity, was scheduled for May 16-17, with a parade on Ocean Boulevard and a music and dance festival in the downtown shoreline area.

"It is with an abundance of caution that the Long Beach Pride Board has decided to postpone the 2020 Festival and Parade," said Denise Newman, president of Long Beach Pride. "Our commitment to the city of Long Beach and our entire community includes ensuring the health and well-being of citizens, attendees, artists, volunteers, staff, and vendors. We look forward to celebrating with our amazing LGBTQ+ and ally family, neighbors and friends at a later date, and encourage everyone to celebrate their Pride each and every day. 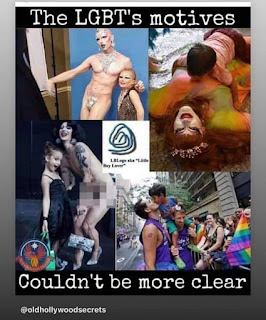 Honestly, the fear of spreading disease is good reason to stop the Long Beach Gay Pride parade. It was the reason to stop the gay pride parade the first time it was introduced! The venereal disease which is rampant among homosexual popoulations should upset anyone. Why would any civilized community allow a "gay pride" parade to occur in the first place? It's antithetical to wisdom and prudence of any sort!

Let's hope that all this perversion will be forced into haitus for the long-term. This is great news!
Posted by Arthur Christopher Schaper at 9:42 AM