Well, this is good news, indeed!

This morning, I received a number of texts and updates from pro-family contacts in Southeast Asia about the 377a court challenges in Singapore. I had been keeping an eye on these legal proceedings.

For the uninitiated, Statute 377a criminalizes immoral acts between men, aka sodomy (but also covers all other sexual perversions among men).

If Singapore falls, and the statute decriminalizing sodomy and other indecent acts among men is struck down as unconstitutional, the entire host of LGBT perversions will overrun the country, just as they have in Taiwan, and they are poised to overrun Hong Kong. It just breaks me up inside to see an entire continent ignore the warning signs which are blazing out of the Western World about the LGBT onslaught-juggernaut.

Decriminalization of LGBT behaviors, gay marriage, etc. are just the first of an avalanche of evil monstrosities that will be visited on a country should they occur. The homosexual lobby does not know the word "Enough" or the phrase "We've arrived."

Gay Star News (sadly, it appears that they are back online), reported the following about the significance of 377a remaining on the books in Singapore:

However, the law hangs over all LGBT+ people. It stops the community advancing other rights. Trans people can change gender in Singapore but there is no same-sex marriage or discrimination protection.

And this is precisely the point why it is welcome news that the statute has not been struck down. Notice the larger agenda of "advancing other rights". The need to end discrimination, to push for "discrimination protection" should be setting off alarm bells for anyone reading that phrase. "Discrimination protection" is not about protecting individuals from harm, but rather allowing a small group of militant activists to discriminate against everyone else at will, i.e. the LGBT lobby demanding more privileges and persecuting those who don't agree and don't comply.

Channel News Asia reports on the LGBT litigants' latest failure to strike down 377a:

High Court judge dismisses all three challenges to Section 377A

SINGAPORE: Three men have failed in their challenges against Section 377A of the penal code, after a High Court judge dismissed their court actions against the law that criminalises sex between men on Monday (Mar 30).

In a case summary released by the court, Justice See Kee Oon rejected arguments that the law is unconstitutional, and defended the decision not to pro-actively enforce Section 377A.

He said that Section 377A "serves the purpose of safeguarding public morality by showing societal moral disapproval of male homosexual acts". It cannot be said to be redundant simply because of its non-enforcement, he added.

Yes! Governments and laws exist to protect the rights of the governed. The Declaration of Independence could not be clearer:

We hold these truths to be self-evident, that all men are created equal, that they are endowed by their Creator with certain unalienable Rights, that among these are Life, Liberty and the pursuit of Happiness.--That to secure these rights, Governments are instituted among Men, deriving their just powers from the consent of the governed ...

According to Section 377A of the Penal Code, any man who commits any act of gross indecency with another man in public or in private can be jailed for up to two years. This extends to any man who abets such an act, procures or attempts to procure such an act.

One Singaporean expressed complete outrage that the LGBT lobby was pushing this matter in the first place:

"Waste of news bandwidth. So much bigger issues to worry about now. The LGBT community should shut the hell up and no one gives a rat's ass."

It's precisely this kind of outrage which has become prevalent across the globe, I believe. The LGBT lobby, like a bunch of discontented, spoiled children, simply will not stop pushing, prodding, demanding special privileges. They have wrapped their warped arguments in the rhetoric of victimhood and benign eccentricity. "We just want to love people of the same sex. What's wrong with that? How is my sexual relationship hurting you?"

Singaporeans by and large are aware that the LGBT agenda is not about mere decriminalization.

Dr. Thio Li-Ann in Singapore's 2007 parliament exposed this agenda for what it really is: 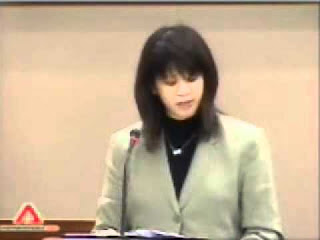 "Repealing 377A is the first step of a radical, political agenda which will subvert social morality, the common good and undermine our liberties."


Yes, indeed. The tragic facts of this agenda cannot be ignored. Brian Camenker, the President of MassResistance, also declared forcefully: "The slippery slope is real."

From gay marriage comes the demands for all kinds of accommodations, privileges, and perks for the homosexual lobby. This agenda has gone so far, that in other Commonwealth countries like Canada and Australia, homosexuals can sue individuals and corporations for defamation or discrimination, because they are telling the truth about homosexuality! (Thank God for the First Amendment in the United States).

Mr Choong said in a statement that he is "of course disappointed", but said his eyes "are firmly on the road ahead".

"I’ll be studying this judgment closely with my lawyers. For now, I want to thank them for their hard work and all well-wishers for their support," he added.

Mr Tan's lawyer, M Ravi, told the media after that short hearing that he is working with a team to study the prospects of appeal.

He said the decision was "astounding" and "utterly shocking" because "you still criminalise these people".

Notice the false rhetoric: "You are still criminalising these people." That is the fundamental lie of the homosexual lobby, that people are "born that way," and therefore anyone who criminalizes such perverse behaviors is a massive bigot. No, the true bigotry lies with the LGBT lobby which insists on normalizing behaviors that are inherently destructive and demeaning. These behaviors do not, and do not have to, define an individual. People are not born gay, and there is no natural right to sodomy.

Mr Ravi had argued on behalf of Mr Tan that the "absurd and arbitrary application" of the law is a violation of the Constitution as all gay and bisexual men are obligated to report their consensual private sexual acts to the police.

There's a proper way to deal with this problem, that the lawyer does not want to mention: don't engage in those sexual acts to begin with! I would agree that anti-LGBT statutes should target women and well as men. Homosexual acts among women are aberrant and perverse, as well. The level of domestic violence and child abuse among lesbians is quite shocking, too.

This is "incongruous with the so-called non-proactive enforcement of Section 377A", said Mr Ravi, who also argued that this law infringes the right to equality, life, personal liberty and expression.

One of these days, I will provide an extended set of remarks about "right to equality." That is nonsensical. Equality is not a natural right, nor even a natural occurrence in nature. A government cannot promote liberty and equality as two demanding co-equal principles. The greater the push for equality, the greater the diminution of liberty, and vice versa. Equality before the law, yes, but equality as an end in itself is unthinkable, even tyrannical.

He held that legislation remains "important in reflecting public sentiment and beliefs".

YES! Exactly. Would that more countries embraced these views and held these common beliefs. Nations and peoples have no idea the troubles, the trials, the tragedies which they are courting should they decriminalize homosexual acts. Public sentiment must be informed, must be kept abreast of the truth that

Mr Choong's lawyers, led by Senior Counsel Harpreet Singh Nehal, had argued based on new historical material that was not available during a 2014 appeal.

They pointed to recently declassified documents demonstrating that the introduction of Section 377A in 1938 was to criminalise "rampant male prostitution" when Singapore was under British colonial rule.

However, Justice See ruled that Section 377A "was not targeted solely at male prostitution when it was enacted", adding that it was "intended to safeguard public morals generally and enable enforcement and prosecution of all forms of gross indecency between males".

Exactly. I wish that the United States had had similar justices when LGBT litigants had contended against the anti-sodomy and pro-natural marriage statutes in my country. Public morality matters, and private behavior has public consequences. The state does not have to place telescreens or recording devices in every bedroom, but the state has a duty to outline morals and guidelines for what is right, and what is wrong.

Mr Ong's lawyers, helmed by Mr Eugene Thuraisingam, put forth expert scientific evidence on the nature of sexual orientation, arguing that homosexuals cannot wilfully change their orientation and that Section 377A is discriminatory and violates the Constitution.

This is the biggest load of crap yet. I apologize for my scatological bluntness, but I cannot refrain. People are not born gay. This is abject nonsense. There is no genetic, statistical, or biological evidence to confirm or even suggest that homosexual tendencies exist. The latest study on this subject surveyed hundreds of thousands of genetic data to confirm that "There is No Gay Gene."

The court found that "there was no comprehensive scientific consensus that a person's sexual orientation was biologically determined such that it is immutable".

Wow! The courts actually provided a biological truth to combat the legal fraud perpetrated by the LGBT litigants! I have yet to hear any legal scholar or advocate make that case in the United States. For the ten years leading up to the Obergfell decision in 2015, pro-family and constitutionalist lawyers refused to make the simple yet compelling argument that "No one is born gay." The reticence of those legal and political leaders is just stunning.

Justice See added that the court is not the "appropriate forum to seek a resolution of a scientific issue that remains controversial".

Another welcome point. Courts are not supposed to make laws or enact policies. Their role serves to safeguard constitutional rights and governance, as well. There is no constitutional nor natural right to sodomy, and thus no court has any right to grant such a privilege.

The Attorney-General's Chambers had maintained that Section 377A serves a "legitimate and reasonable" state interest, "regardless of whether and how it is enforced".

They said the issue was "a deeply divisive socio-political" one that should instead be decided by Parliament, as the latter comprises democratically elected representatives accountable to Singaporeans. 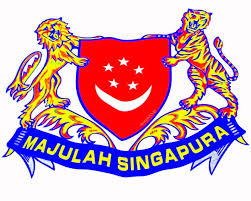 "Majulah Singapura" is the national anthem of the Republic of Singapore. The phrase is Malay for "Onward Singapore". Indeed, true progress for any nation must be founded on defense of the family and opposition to sexual degradation and perversion.

The country is still clinging to this moral progress as long as they hold onto #377a and reject the corporate, globalist bullying of the LGBT lobby and their allies in different governments, international institutions, and the media.
Posted by Arthur Christopher Schaper at 10:23 PM