What are your thoughts? Let me know. Email me at arthurschaper@hotmail.com


New World Coming
God's Word tells us that in the last days scoffers are going to appear. Jesus says these mockers will ridicule all doctrine that Christ is returning to establish a new kingdom. They fear hat this kingdom, rather than the one they would establish, would be a kingdom of righteousness.
Those that scoff Christianity loudest are those trying desperately to establish what is called  a 'New World Order.' What they do not realize, or maybe they do, is that Satan realizes that his time in being allowed to, "roam the earth," is short.
The New World Order sought by men is supposedly a world managed by a select few who are to control every aspect of the lives of remain after they 'cull' those they choose to rid humanity of by all means within their purview. This 'culling' is to include wars, starvation, purposeful pestilence, radiation poisoning, chemtrails,  executions, and by any means whatever to reduce the numbers of those not in their 'elite' clique. Truly Satan is in their actions. 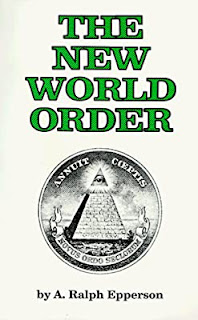