I have never voted for someone who was not a democrat in my life. That streak will end in November.

I'm beyond angry about what they are doing. This is not about the well-being of workers. This is taking advantage of a crisis. It's unconscionable. I can't wait for them to lose. https://t.co/JZhJYFlTKN
— Dr. Karlyn Borysenko (@DrKarlynB) March 23, 2020 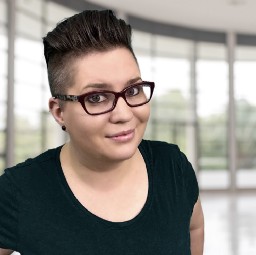 And she is truly openminded. She became famous earlier this year when she attended a Trump rally in her native state of New Hampshire.


After Attending a Trump Rally, I Realized Democrats Are Not Ready For2020

Here's the first part of the report that stands out:


You might not think of the knitting world as a particularly political community, but you’d be wrong. Many knitters are active in social justice communities and love to discuss the revolutionary role knitters have played in our culture. I started noticing this about a year ago, particularly on Instagram. I knit as a way to relax and escape the drama of real life, not to further engage with it. But it was impossible to ignore after roving gangs of online social justice warriors started going after anyone in the knitting community who was not lockstep in their ideology. Knitting stars on Instagram were bullied and mobbed by hundreds of people for seemingly innocuous offenses. One man got mobbed so badly that he had a nervous breakdown and was admitted to the hospital on suicide watch. Many things were not right about the hatred, and witnessing the vitriol coming from those I had aligned myself with politically was a massive wake-up call.

But when I witnessed the amount of hate coming from the left in this small, niche knitting community, I started to question everything. I started making a proactive effort to break my echo chamber by listening to voices I thought I would disagree with. I wanted to understand their perspective, believing it would confirm that they were filled with hate for anyone who wasn’t like them.

The Left has this unhinged, unending habit to make everything political. In the last three years, everything has turned into a fraught fight. Friends of theirs who admitted that they voted for Trump, or who have signalled their growing reluctance to allign with the Democratic Party, face unyielding hatred and outrage from these left-wing partisans.

Now, Dr. Borysenko still calls herself a liberal, but the fact that she could not enjoy the basic, fun pasttime of knitting without out the politicized vitriol proved too much for her.

Something was very wrong with the conduct of her left-wing peers, and she needed to take a step back.

Then she took a step forward and attended a Trump rally. Here's what she had to share:

Once we got inside, the atmosphere was jubilant. It was more like attending a rock concert than a political rally. People were genuinely enjoying themselves. Some were even dancing to music being played over the loudspeakers. It was so different than any other political event I had ever attended. Even the energy around Barack Obama in 2008 didn’t feel like this.

I had attended an event with all the Democratic contenders just two days prior in exactly the same arena, and the contrast was stark. First, Trump completely filled the arena all the way up to the top. Even with every major Democratic candidate in attendance the other night, and the campaigns giving away free tickets, the Democrats did not do that. With Trump, every single person was unified around a singular goal.

Instead of reproach and recrimination, Karlyn found lots of fun, wonderful people who were friendly and quiet welcoming. They were ... inclusive! She really enjoyed the atmosphere. At the end of the article, she does announce that she supported Pete Buttigieg for President.

However, she shared some very disturbing, sobering news for the Democratic Party:

I think the Democrats have an ass-kicking coming to them in November, and I think most of them will be utterly shocked when it happens, because they’re existing in an echo chamber that is not reflective of the broader reality. I hope it’s a wake-up call that causes them to take a long look in the mirror and really ask themselves how they got here. Maybe then they’ll start listening. I tend to doubt it, but I can hope.

And now that ass-kicking is official, since Dr. Karyln Borysenko has announced that she will be voting GOP in November. The Democratic Party in Washington DC is playing politics in this very, very difficult time. Even Governors in Democratic states are going out of their way to praise President Trump and the Trump Administration's efforts to do what is best for the American people, whether they live in New York, California, or Ohio.

President Trump is truly serving the people. He is acting as a President for all Americans, which is exactly what our leaders should be doing. Law enforcement, public safety, proper governance must serve the people of the United States, not just the Democrats, not just the Republicans.

The Democratic Party is leaving so many Americans behind. Registered Democrats already voted for President Trump in 2020. We have another liberal, who had recently disaffiliated with the party, declare that she was voting out every single Democrat she could in November 2020.

Indeed, the silver linings have become quite abundant following the Coronovirus outbreak. More Americans are finally seeing how un-American, how undemocratic the Democratic Party has become, and how they have put their party and their power differentials ahead of the well-being of the United States and her citizens.
Posted by Arthur Christopher Schaper at 5:35 PM