In Letter to Younger Self, Gay Activist Reveals Origins of Same-Sex Desires

In a previous post, I exposed Singaporean Otto Fong, an LGBT activist who played himself up as a victim when he "came out" to the public in 2007. He insisted that he was not a pervert, not a sexual deviant. 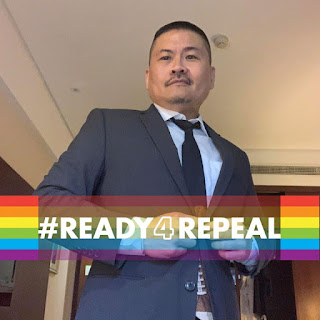 His private perversions have been manifested for the public to know, however, showing that he lacks judgment, and certainly does not carry the bearing or propriety to be around children.

Today, I wanted to look further, peering into the origins of his homosexual attractions. A few years ago, the tenth year anniversary of his "coming out" letter, Fong would write his 15-year-old self another letter, which was later published on the Singaporean pro-LGBT blog "Dear Straight People."

You’re the son of an Operation Coldstore veteran. Because of that you are growing up alone, travelling 3 hours daily, and returning to an empty home instead of going out with your best friends. Bet you don’t know that’s why “Luke, I am your father” struck such a deep chord with you, huh?

And there it is: the reason why Otto has homosexual issues.

He has father issues.

First, a little background about Operation Coldstore. This operation took place in the early 1960s, planned by Singapore's Founder Lee Kwan Yew, and with the help of British and Malaysian forces. In this stealth operation, LKY and fellow allies arrested 113 Communist sympathizers in order to prevent them from subverting the nascent country--which had only recently been expelled from the Malaysian Confederation. Anti-communist sentiment was high among Westerners and pro-Western elements in Southeast Asia, and they wanted to take every action possible to stop the spread of Communism.

Perhaps this military event meant that Otto's father lived in fear of his life. Perhaps because of his service in stopping bad political actors in Singapore, Otto's father constantly worried about the safety of his children. Whatever may have resulted, we know that Otto grew up without a loving father to be there for him, and without friends to help develop into a healthy male.

Dr. Thio Li-Ann, a former of member of Parliament and currently a law professor at the National University of Singapore talked about the absense of fathers as a cause for homosexual tendencies among adults. From her stunning, effective speech defending 377a (the statute which criminalizes homosexual acts in Singapore), Li-Ann stated:

Homosexuality is a gender identity disorder; there are numerous examples of former homosexuals successfully dealing with this. Just this year, two high profile US activists left the homosexual lifestyle, the publisher of Venus, a lesbian magazine, and an editor of Young Gay America. Their stories are available on the net. An article by an ex-gay in the New Statesmen this July identified the roots of his emotional hurts, like a distant father, overbearing mother and sexual abuse by a family friend; after working through his pain, his unwanted same-sex attractions left. While difficult, change is possible and a compassionate society would help those wanting to fulfill their heterosexual potential. There is hope.

Indeed, the absense of a loving, caring father hurts children all the time. At this time, we don't know if Otto's mother was overbearing and difficult, but anything is possible.

However, we can't get away from the father-son theme that stood out for him in that iconic scene from "The Empire Strikes Back." 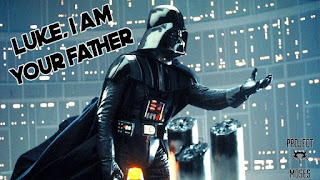 Fong's letter to his 15-year-old self continues:

Yes, you also have a ‘shameful’ secret — you like guys, and feel like there’s something wrong with you. You hide it by being a good student and son, and plan to burn those childhood comic books and kung-fu novels you drew and wrote because you think some of it revealed your sexuality. First piece of advice: keep those books safe! They are awesome! And face it, you love that you love men.

The truth is that Otto's secret is shameful, only in that such behaviors are harmful, causing mental and psychological as well as physical damage. Sadly, there was no one he could turn to for help. This is a serious problem, since young people do need answers. "Why am I feeling this way?" is an understandable question. Most churches, most parents, and most school staffers don't have a ready answer for the reasons behind same-sex desirous feelings. I would further submit that perhaps Otto's first fascination with other males had nothing to do with sex, but an earnest, healthy need for male connection. That is not something to be ashamed of. However, if that need for father-son, and friend-friend bonding does not get taken care of, inevitably those individuals will long for sexual relationships with the same sex.

It’s tricky living with two of the most sensitive issues in Singapore, politics and sexuality. A third sensitive issue is religion. While you remain non-religious, some around you are. Learn to see that there are good people in religions. The bad ones will constantly try to lure you to the Dark Side using hate, like the Emperor in Return of the Jedi. The good ones will become some of your greatest allies.

Not only was there a distant father, but he has an even more distant relationship with The Father. His sexual preferences were distorted because there was no father around to show him the ropes of growing up. Then there is the fraught political matters in Singapore and throughout Southeast Asia.

And on top of that, he has no heart for spiritual things. What a shame.

You read a lot of sci-fi novels because they take you away from this reality. You think you should study the Arts. Society will channel you into the Sciences. You may KPKB but remember: Leonardo Da Vinci was both an artist and a scientist. Eventually you’ll do both!

I have noticed this tendency toward fantasy and immaturity among many active homosexuals. Roy Tan, the so-called "LGBT Historian of Singapore", also immerses himself in science fiction and fantasy. All of these pursuits serve as mere comfort measures, distractions to get away from deeper pain.

You are good enough, and your family loves you. With time, things will turn out for the better — I don’t want to give you spoilers, but the ‘horrible’ things turn out incredible later.

What "horrible" things was Otto attempting to prepare his younger self for? Indeed!

Arm yourself with more knowledge, more science, and enjoy your youth!

The need for love is so important, and this love must be more than sexual impulse or physical intimacy.

The father's love means a great deal, especially for boys. This love makes it possible for a male to identify with the male who brought him into this world, and who has the best opportunity to bring him up, as well. Otto didn't have that kind of love, and today he struggles with all kinds of sexual dysfunction and deviance as a result.

There is hope, however. While Otto writes about one Luke, aka Skywalker, there is another Luke he needs to look into, i.e. the Gospel of Luke. There, he would learn about the lavish, unrelenting love of The Father, Father God who gave His Son for us, who takes away all our shame, who gives us His Life, Himself, and restores us to a greater standing. 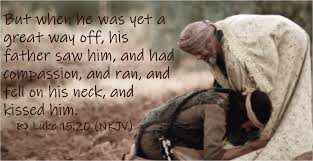 The understanding of God the Father's love for us does not come naturally. It takes the Holy Spirit, by whom the love of God is shed abroad in our hearts (Romans 5:5). However, once we believe that Jesus has done a perfect work putting away all our sins and granting His Life, we can then grow in grace, and ask God to reveal to us how much He loves us!

It's worth noting that today, men and women in the Body of Christ as well as in other professional settings can help diagnose why individuals become attracted to the same sex. Knowing the reasons why helps dispel all shame and guilt, and then sets these individuals free. If there is any lust, any longing which is harmful and destructive, it all comes back to one simple reason:

"Love not the world, neither the things that are in the world. If any man love the world, the love of the Father is not in him." (1 John 2:15)