Homosexuals engage in some pretty selfish behaviors. They will risk their well-being, their health, even their lives to score a lover, to have some fun, to give their lives away into hedonism.

They struggle with many issues, and there are many needs which they have which have not been met.

The answer to these needs, however, is not to act out on their selfish desires.

And yet, so many of these desires go unchecked.

Consider what happened at the Miami gay festival:

A winter party turned into a tragedy very quickly as the COVID-19 virus spread. This is just awful.

As the coronavirus continues to spread and disrupt life worldwide, one festival is finding the memory of its celebrations tinged by the outbreak.

The Winter Party Festival, an annual, weeklong LGBTQ event held in Miami, drew thousands from across the country when it kicked off earlier this month. But though it ended March 10, in the week following the event several attendees have tested positive for the coronavirus, according to festival organizers.

They chose to put their bodies at risk, and in fact this risk occured many times over. They are already abusing their bodies with such shameful abandon. Then they put themselves in harm's way by insisting on the party, even though there were widespread concerns about the spread of this virus.

Why is it that homosexuals are so ready to sacrifice their health and well-being in such a cavalier fashion? They are in great pain. There is such a need to break out in their behaviors and not hold back.

“We know there are many places people could have been exposed before and after Winter Party as this virus has developed, but we wanted to make this information public as soon as possible,” Rea Carey, executive director of the National LGBTQ Task Force, which organized the festival, said in a statement Monday. “The health and safety of anyone who participates in any Task Force event is of great importance to us.”

There is a National LGBT Task Force. Really. This task force should explain to people that homosexual conduct is harmful, detrimental to one's health. That is the most important task that they can teach others. Simple as that.

The festival, which began March 4 and drew 10,000 attendees throughout the week, predates the current wave of event cancellations that have swept through the nation and ranged from sporting leagues to tech conferences. In her statement, Carey emphasized that event organizers “made the most informed decision at the time, following all official guidance available at the time.”

There was nothing informed or wise about this decision. Rampant homosexual conduct around lots of people is a guaranteed way to ask for trouble. The health problems, the societal ills are too great to ignore.

Event organizers took additional precautions during the festival, distributing 10,000 hand sanitizer bottles and hygiene information to attendees. It remains unclear whether the virus was present in attendees for the duration of the festival, as none experienced symptoms at the time, but health officials warn the virus can still be transmitted before symptoms occur. While incubation period estimates range from 1 to 14 days, it is most commonly around 5 days, according to the World Health Organization.

They took all these precautions to protect themselves from COVID-19. They should have taken further precautions by not going to the event at all. The health issues associated with homosexuality are too many to ignore. The irony in the midst of all of this is just too much.

One by one, states and cities have begun to prohibit large crowds in an attempt to curb the virus’ spread. In Washington state, several counties have banned crowds over 250 people, while New York city has implemented a similar ban for gatherings over 500. On Monday, President Donald Trump announced new guidelines which advised against gatherings of more than 10 people.

While the National LGBTQ Task Force did not confirm how many attendees have tested positive for COVID-19 at this time, in an email Carey pointed to the inability for many to get tested for the virus.

“We are monitoring the situation but the real story here is that millions of people across the country would like to get tested and the government has not done its job to make testing available,” she said. “We hope that as people do get tested, they contact those with whom they have been in direct contact with and seek medical attention if necessary.”

Here's a better plan of action: stop abusing your body with other men. A man was not design to have sexual relations with another man, and the same is true for women with other women. These behaviors are fraught with disease, dysfunction, and death. 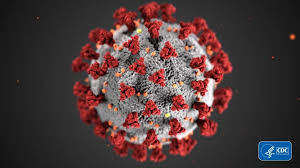 It's such a sad, telling irony that homosexuals went to great lengths to party, and then went to great lengths at the party to avoid getting COVID-19, and yet they still got the COVID-19 virus. On top of that, no one sees the strange, perverse irony of trying to avoid this strain of flu, but at the same time they have no problem abusing each other's bodies with other men. Homosexual conduct is fraught with health problems. Why not prevent the spread of further illness by avoiding these behaviors in the first place?