I have wanted to write this report for some time, discussing how judicial activism, or judicial tyranny, or most explicitly stated judicial supremacism is pushing the LGBT Agenda throughout Southeast Asia. To put it simply, judicial supremacism occurs when courts make policy, write laws under the guise of striking down or invoking policies based on broad readings and renderings of a nation's charter or constitution.

The United States has struggle with this contentious legal and political matter for the last fifty years, although the problems of judicial supremacism emerged with the ruling Marbury v. Madison, in which the United States Supreme Court granted itself the sweeping power of judicial review by denying itself a limited power accorded to it by Congress in the Judiciary Act of 1798.

This contentious problem of Judicial Supremacism has become particularly damaging as LGBT activists and lobbyists have relied extensively on this dubious legal mechanism to advance their narrow, elitist cause at the expense of the rule of law and the will of the voters in different countries.

This has not just been an issue in the United States, either.

In 2018, the Indian Supreme Court struck down Statute 377, which criminalizing indecent, i.e. homosexual acts among men. 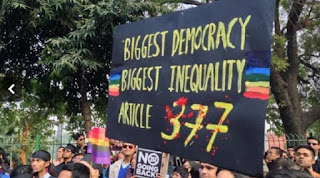 This pressure, this incessant lobby to overturn the law had started as early as 1991, and gay activists relied on the court systems, not the legislative process, to effect this change. This is a clear-cut example of judicial tyranny, undermining the moral fabric of a country.

This report catalogues the timeline that lead to the unjust reversal of the 377 statute in India. Here are two notable events in the timeline:


July 2018: A five-judge bench of the supreme court, including chief justice Dipak Misra, begins hearing the petitions filed by Johar and others against section 377. While supporters of the law claim the spread of sexually transmitted diseases and the disintegration of India’s social fabric as reasons to retain it, many of the justices make encouraging comments. “It is not an aberration but a variation,” justice Indu Malhotra says.

Instead of respecting this wise counsel, and pushing back on any attempts to repeal Section 377, the Indian Supreme Court apparently reversed itself, and two months later:

September 2018: In a unanimous verdict, the supreme court decides to scrap section 377, which chief justice Misra describes as ”irrational, indefensible and manifestly arbitrary,” marking a triumphant end to a lengthy struggle for justice.

The only irrational behavior was that the Indian Supreme Court heeded the siren sounds of "equality, fairness, and justice", words which have been mangled and perverted outside of their proper meaning. The LGBT lobby does not care about equality, but rather power and tyranny, at the expense of parents, children, and the nations in which they are pushing for privileges at the expense of everyone else.

This judicial supremacism has not just afflicted India. 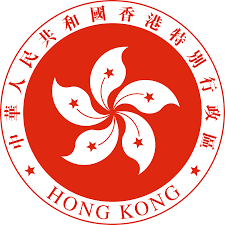 It's become quite rampant in Hong Kong, where common law still holds sway, even though the former British Colony has now become a special administrative region under the control of the Chinese Communist Party based in Beijing.

Consider this series of legal cases or "rows" which have emerged in the region:

The Court of Final Appeal has upheld a lower court’s judgment in favour of lesbian expat QT, affirming what legal experts deemed a “landmark decision” for Hong Kong’s LGBTQ community.

In a unanimous judgment handed down Wednesday morning, the court agreed with the Court of Appeal that the differential treatment towards QT – namely denying her a spousal visa on the basis of marital status – amounted to unlawful discrimination.

This decision was rendered in 2018.

The truth is that there needs to be clear-cut discrimination, i.e. natural definition in matters of sex and marriage. Marriage has been and will always be an institution of one man and one way, a clear expression of the bonds of fidelity for establishing civilizing, establishing mores, for rearing children, and for determining a strong and stable moral fabric.

A series of archaic laws criminalising certain gay sex acts were struck down as unconstitutional by a Hong Kong judge on Thursday because they only targeted men and were discriminatory.

The ruling is the latest legal victory for Hong Kong’s gay community who have struggled to persuade the pro-Beijing authorities in the international financial hub to allow gay marriage or civil unions.

The liberal press' pro-gay bias glares out conspicuously in the first two paragraphs of this report. It's striking how unprofessional modern journalism has become. Words like "archaic" amount to nothing more than chronological snobbery, as Dr. Thio Li-Ann of Singapore declared in her spirited and effective defense of Section 377 for the Republic of Singapore.

The notion that statutes which criminalize indecent acts between men should not stand simply because the statute targets men is not sufficient cause to throw out the statute. As for the charge of "discrimination", laws by their nature are discriminatory, defining the difference between good and bad, right and wrong, healthy and unhealthy.

This decision is particularly disturbing because the Hong Kong special region had already decriminalized homosexuality in 1991, but then for added measure the LGBT lobbies in Hong Kong insisted on the striking down of the 377 statute in their legal code, as well.

This legal outcome should serve as further evidence that the homosexual and transgender lobbies have no interest in slowing down their efforts. They are not interested in "fairness", but privilege and pre-eminence. Sadly. this is the second of a series of cases decided by the Hong Kong judicial system to accommodate this gross indecency toward the rule of law.

For the record, there is no such thing as a "gay community."

Notice also this false concept of "right to equality." What does that even mean? Equality of results? Equality of reference? Equality of opportunity? Sexual conduct between a man and a woman are not the same as sexual acts--in reality, sexual abuse--between two men or two women. There is no equality there at all, nor should those acts be recognized as equal in any way.

Again, this judicial supremacism growing in Hong Kong must be checked.

Here's the summary of this case:

The Court of Final Appeal has ruled in favour of a gay civil servant applying for spousal benefits for his husband – a major legal victory for Hong Kong’s LGBTQ community.

Angus Leung is an immigration officer who married his husband Scott Adams in New Zealand in 2014. The Civil Service Bureau refused to change Leung’s marital status and grant benefits, such as medical coverage, to his husband, and Leung filed a judicial review in 2015.

Aside from the natural fact that men cannot have husbands, regardless of any pronouncement from any government, this is a clear affront to the home-rule of Hong Kong. Other gay activists are engaging in similar perverse legal shenanigans to normalize homosexual relationships. Hong Kong citizens marry their same-sex partners in another country, then with that "legal" status in place, they demand all the privileges which come with marital status.

Here's the problem: from Common Law established by Magna Carta, to the very Judeo-Christian principles which established marriage as an institution, there is no possible recognition for marriage other than as the union of one man and one woman.

It's nonsensical that any court could rule that the corruption of the marriage bed, as recognized in one nation, should then impose itself on Hong Kong or any other jurisdiction.

In this case, Hong Kong judges ruled wisely and properly.

So-called same-sex partnerships should not be recognized regardless of their legal status or orgin. Sadly, this kind of legal conflict will create problems for Hong Kong's judiciary in the near future. Hopefully, wiser minds will prevail and strike down the unmerited, immoral privileges which previous court rulings have unjustly conferred on other homosexual couples.

The biased editorializing in the title alone is just disgusting. It's also poor English, since policies or government directives cannot be "homophobic" or display any other kind of irrational fear.

Furthemore, opposition to homosexual conduct is not a mental disorder, nor is it a mental ailment which must be treated. On the contrary, a society, a culture which prizes decency and health will oppose the promotion and adoption of homosexual behaviors and ideologies.

As for the ruling itself, here are the basic elements of the matter:

The High Court has said that a Housing Authority policy that prevents same-sex couples who married abroad from applying for public housing is unconstitutional and unlawful.

On Wednesday, the Court of Appeal ruled that the Spousal Policy violated the equal protection Hong Kong residents enjoy before the law, as well as the prohibition of discrimination as detailed in the Basic Law and the Bill of Rights Ordinance. The applicant of the judicial review, 26-year-old Hong Kong permanent resident Nick Infinger, filed the case in November 2018 – two months after the Authority’s rejection of his application for a family public housing tenancy with his partner.

Once again, the Hong Kong court ruling misapplies and distorts the concept of equality. Marriage by its very nature is not about equality, but mutual respect and submission. As an institution, the marriage sacrament--more than a mere contract or compact--protects the beautiful and essential union of one man and one woman.

This issue of "equal protection" as brought forth in this case is unduly troubling, as well. "Equal protection" in what way, exactly? It's as though the judges in this case by their own supremacism are drawing up entirely new meanings for words and language presented in the legislative text.

The courts in Hong Kong have overstepped their bounds. Tragically, they are adopting the unacceptable deviations which have become all to prevalent in other Common Law based and/or Commonwealth countries around the world.

This is a disturbing trend, Judicial Supremacism, which the people of Hong Kong, and citizens in every other country around the world must resist at all costs. Judges who can decide what laws mean are essential passing laws as they see fit, without respect or regard for the will of the voters or the spirit of the laws enacted by the communal exercise of free citizens in their countries.

Fortunately, by many accounts a constitutionalist Christian will be serving on the Hong Kong Supreme Court very soon. The South China Morning Post reports:


Mr Justice Andrew Cheung Kui-nung will be Hong Kong’s next top judge, the city’s leader said on Tuesday, as she praised him as a man of “high integrity” and “exceptional qualities”.

But Chief Executive Carrie Lam Cheng Yuet-ngor said the appointment would need to be endorsed by the Legislative Council, and expressed concern it could be delayed by political wrangling.

Opposition lawmakers have prevented the Legco’s agenda-setting House Committee from electing a chairman for the past six months.

Cheung, 58, who is a permanent judge of the Court of Final Appeal, will become the chief justice from January 11 next year, succeeding Geoffrey Ma Tao-li, who has served in the top post for more than a decade and will soon turn 65.

A number of Hong Kongers have informed me that this appointment is good news for the pro-family movement in particular, and for the rule of law in general. A similar development has been taking place in the United States, as a new slate of federal judges, nominated by President Donald J. Trump, have all received strong endorsements from The Federalist Society, a conservative non-profit organization committed to restoring Constitutional supremacy to the United States federal judiciary.

Perhaps a similar move of pro-family activism within the Legislative Council of Hong Kong will ensure that future lawyers and judges restore a right recognition of natural law as expressed in the Law of Nations and Common Law, which include an unshakable regard for marriage as a union of one man and one woman.