City of Torrance: Pass The "All Businesses Are Essential" Resolution

Dear Torrance City Council and staff:
The city of Coalinga issued a full resolution declaring that all businesses are essential, not just certain businesses. They informed every private establishment that they were free to re-open, regardless of the length and duration of emergency orders from the state, the county, or even the city itself. The city retained its emergency declaration, but also informed all businesses that they could freely operate according to CDC guidelines.
The city of Torrance should take a similar action and issue an "All Businesses Are Essential" resolution.
The California and Los Angeles County stay-at-home/lockdown orders are excessive overreach, and they are now unconstitutional.
Article IV, Section 2 of the United States Constitution reads:
"The Citizens of each State shall be entitled to all Privileges and Immunities of Citizens in the several States." 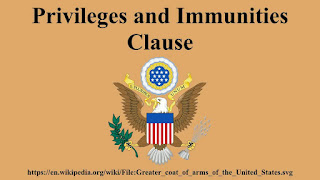 This statute applies equally to all states and to all governing authorities via the 14th Amendment.
Those privileges and immunities include commerce, speech, and communication, as well as the free movement and travel of peoples.
State and county emergency orders are permitted, but they must be narrowly defined and clearly time-limited, and substantively justified.
Below, I have provided a copy Governor Newsom's order:
https://www.gov.ca.gov/wp-content/uploads/2020/03/3.19.20-attested-EO-N-33-20-COVID-19-HEALTH-ORDER.pdf
Per key CA Health and Safety Codes, Governor Newsom does have the authority to issue emergency declarations, but they must be consistent as well as narrowly defined and time-limited. That has not been the case. At one point, Governor Newsom targeted the entire Orange County Coastline and shut it down entirely, while making no such moves on other beaches. At the same time, San Diego County beaches began opening up, too.
Bear in mind that the purpose of these resolutions was to prevent the spread of COVID-19 and to prevent the overruning of hospitals throughout the state.
The evidence now suggests that the spread is pretty much contained, and any increase in infections is due to an increase in testing or due to outbreaks in more at-risk populations, i.e. nursing homes.
Furthermore, the arbitrary determination for defining essential and non-essential businesses in the several emergency orders has become prejudicial as opposed to principled. That undermines the Privileges and Immunities Clause, as well.

Brad Dacus of the Pacific Justice Institute writes (in bold type):
California statutes and precedent California authorizes emergency declarations through the Emergency Services Act (ESA), Gov’t. Code §§ 8550-8669.7. Combating an epidemic is one of the specified reasons for issuing such a declaration. Gov’t. Code § 8558. The ESA is a sprawling statutory scheme, including dozens of individual sections. It gives the Governor extremely broad power to issue orders, suspend laws and regulations, and even commandeer private property. Local officials have similar, derivative powers.
Does this sweeping authority give state and local officials unlimited discretion to override civil liberties? Not quite. In one of the leading cases interpreting the ESA, the California Supreme Court opined, “Thus, the Emergency Services Act makes clear that in situations of ‘extreme peril’ to the public welfare the State may exercise its sovereign authority to the fullest extent possible consistent with individual rights and liberties.” Macias v. State (1995) 10 Cal. 4th 844, 854.
There are at least two statutory limitations on emergency orders as they relate to the First and Second Amendments. Gov’t. Code § 8572; Gov’t. Code § 8571.5. One provision expressly bars the Governor from taking over the press, and the other prevents seizure of firearms. There are no reported decisions in which the courts have had occasion to apply the ESA in a context like the present. Thus, it is impossible to say with any certainty whether a court would uphold the current levels of restrictions. One cautionary note for overreaching officials can be found in an older state decision that predates the ESA, In re Areta, 52 Cal. App. 380 (Cal. Ct. App. 1921). There, the appellate court freed a suspected prostitute after local authorities insisted she be held until she would consent to testing for communicable (venereal) disease. The court determined that the quarantine powers did not extend to such a detention based on conjecture.
Further, Gov’t. Code § 8627.5 sets a time limitation on the Governor’s orders, at least as to suspension of laws. The provision states that orders expire upon the Governor’s rescission of them, his declaration of the end of the emergency, or 60 days, whichever comes first. There is no mention as to whether he can issue a new emergency declaration. (Click here for the full legal opinion) 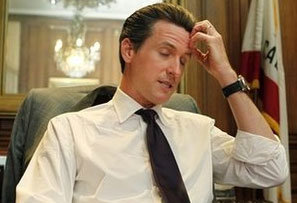 For the record, the Governor's executive order may last 60 days, and there is nothing in the statutes to indicate that he can decide to extend them. Whether one goes by March 4 or March 19 as the starting point for those orders, the time limit has run out.
It's time to open up Torrance, and within its constitutional authority, the city has the right and obligation to do so. Doctrine of Lesser Magistrates enjoys a long, practiced precedent in Common Law countries in the West, and its employment at this time is more than appropriate. (Click here for more information)
I am urging the city of Torrance to pass an "All Businesses Are Essential" Resolution.
I have provided a sample resolution to apply to the City of Torrance, based on the Coalinga resolution.
Here's the agenda and agenda item from the City of Coalinga, May 7, 2020:
https://www.coalinga.com/AgendaCenter/ViewFile/Agenda/_05072020-131
https://coalinga.novusagenda.com/AgendaPublic/CoverSheet.aspx?ItemID=3478&MeetingID=311
Here's a news report on what Coalinga did:
https://abc30.com/coalinga-essential-businesses-coronavirus-covid/6162244/?fbclid=IwAR1_a5U12ThflcqWPLdPXBDi1aX9ongZWZ6X_fEVauEr477X-2DKW-S-6zI
The city would not be taking this action on its own, either, to disregard the unconstitutional overreach of the state and county orders.
Here are other jurisdictions which have defied the Governor's unconstitutional overreach, either by decision of the Board of Supervisors or of the County Sheriff:
Riverside County:
https://www.foxnews.com/media/ca-sheriff-refuses-to-enforce-states-stay-at-home-orders
Merced County:
https://abc30.com/health/merced-co-sheriff-wont-enforce-stay-at-home-order/6189684/
Fresno County:
https://www.breitbart.com/economy/2020/05/14/fresno-county-sheriff-wont-enforce-stay-at-home-orders-too-busy-re-arresting-freed-criminals/
Three other counties decided to expedite the Governor's Phases process: Sutter, Yuba, and Modoc:
https://www.vox.com/policy-and-politics/2020/5/2/21245163/california-counties-defying-state-stay-home-orders-reopening-businesses
The city of Atwater issued a "sanctuary for business" resolution, but also informed private firms that they are challenging the state order at their own risk:
City of Atwater:
https://www.nbclosangeles.com/news/california-news/california-city-declared-a-sanctuary-from-stay-home-order/2363855/
The city of Torrance can issue a asimilar advisory to every business with a state license that they open at their own risk if they fear the suspension or loss of their license from state licensing boards.
Please consider this action. Please pass an "All Businesses Are Essential" Resolution.

To anyone reading this post, please urge the Torrance City Council to pass an "All Businesses Are Essential" resolution. 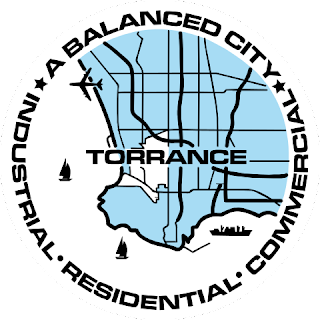 Here is the contact information for the Torrance City Council: