"You're Confrontational!" Yes, I Am (And I'm Not Changing That)

When I was student-teaching, I could tell that I was not doing as well as I could have been doing.

I found that students were not as compliant as I had expected them to be. I would ask them to do basic activities and follow directions in class, and they would not. 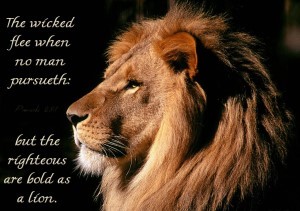 One student, I will just refer to him as J.S., was deliberately defiant.

He would tell me "Shut up", and he gave me a hard time when I called his parents.

When it came to contacting his parents, of course, there was only his mother.

There was also his grandfather, and he basically covered for his grandson.

One day, I got fed up with the guy when he had told me "Shut up." I asked him to step outside, and he refused.

So, I called security and had the guy removed. This kid was really troubled. No family life, no structure at home, no discipline.

This was the environment I was thrown into when I was a student teacher.

Unbelievable. I told the mentor teacher that I am glad I got rid of him that day. "It felt so good!"

The mentor teacher lost his composure. "No! This is totally wrong."

Yet it was right. Leadership is about confrontation. It's about taking on bad actors and making sure that the right things take place.

Of course, I was eventually kicked out of that assignment.

The Second Credential director at Cal State Long Beach told me; "You're confrontational! I have letters from both of your mentor teachers."

At the time, I thought that being confrontational was a bad thing. I tried to back off on how I dealt with students, how I outlined my expectations, what steps I would take to ensure that everyone was able to learn as much as possible without constant interruption.

Even then, though, my second set of mentor teachers would talk about trying to avoid being "so confrontational."

I look back on my whole student-teaching and then full-time teaching career.

It was pretty clear from the outset that I was in the wrong business, or the wrong profession, or whatever else anyone wants to call teaching nowadays. For many, it's not a career worth pursuing with any efficacy or dedication. For the most part, it has turned into a nightmare job, one which doesn't measure up to the hopes and expectations of young professionals seeking to make a difference.

I revisit my past in the education profession because of a recent discussion I had with a retired teacher, one who had worked out of Paramount Unified before everything just went to hell in the state of California. 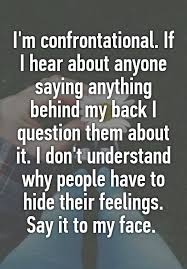 He and I went back and forth talking about the demands placed on teachers to make the most of their time in the classroom. I mentioned to him that I quit teaching five years ago and now I work as a freelance journalist.

I am also an activist. I like getting in bad politicians' faces and holding people accountable.

That's called confrontation, and that's what it takes to make a difference in our state and in our culture. When I thought about this, I realized that the charge leveled against me from the mentor teachers was not necessarily a bad thing.

I was just applying that attitude in the wrong place. There was nothing wrong with being confrontational, but that kind of approach does not work in a classroom. Teachers have to make the most of the situation they receive from year to year. They need to connect with students where they are, regardless of the background or the frustrations they may face.

That was not me. I wanted students to get what I was teaching them, and didn't want to wait, to struggle, to keep pushing through all of the setbacks students go through.

I was designed to be confrontational. That is the spirit I was gifted with. Every person brought into this world, and furthermore brought into the Kingdom of Heaven, has gifts given to us.

But the gift of righteousness, which is accorded to all who believe in Jesus and receive His life, that gift is for all of us, and creates in us boldness!

"For if by one man's offence death reigned by one; much more they which receive abundance of grace and of the gift of righteousness shall reign in life by one, Jesus Christ." (Romans 5:17)

"The wicked flee when no man pursueth: but the righteous are bold as a lion." (Proverbs 28:1)
Posted by Arthur Christopher Schaper at 1:03 PM