I have become surprised by some interesting trends in media.

First, there are the national affiliates, which have turned into anti-Trump Pravda propaganda.

Their sheer hatred for President Trump is astounding as well as entertaining. One would think that they could control their negative biases to some degree. 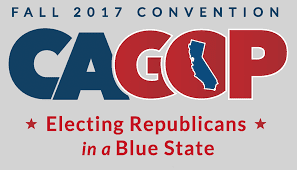 The fact is that they are showing their true colors, their determination to push a liberal agenda at all costs with no regard for the truth or the consequences of their beliefs and actions.

But there are local and college media organizations doing a better job of just reporting the facts and relating what people have said.

The Cal State Fullerton newspaper The Daily Titan arrived at the CAGOP Convention in Anaheim last week. One reporter not only approached the entire crowd, but she wanted my view on what was going on, and she was not afraid to identify herself, either, while the other news reporters on site were more interested in pushing an agenda, and some of them even hid their press badges so that I could not identify them!

The reporter quoted my comments below:


Arthur Schaper, a CAGOP delegate and vocal supporter of President Donald Trump, livestreamed the protesters as they arrived. Schaper also tried engaging in debate with several demonstrators, to no avail.

“As you can see, what we have here are basically narrow-minded, for lack of a better word, bigots, that don’t want me to speak,” Schaper said. “I’m just here to try to understand why they’re angry.”

I was trying to understand why they were there.

Here's the whole video of my encounter with the anti-Trump, anti-Bannon protesters outside of the CAGOP Convention in Anaheim last week: